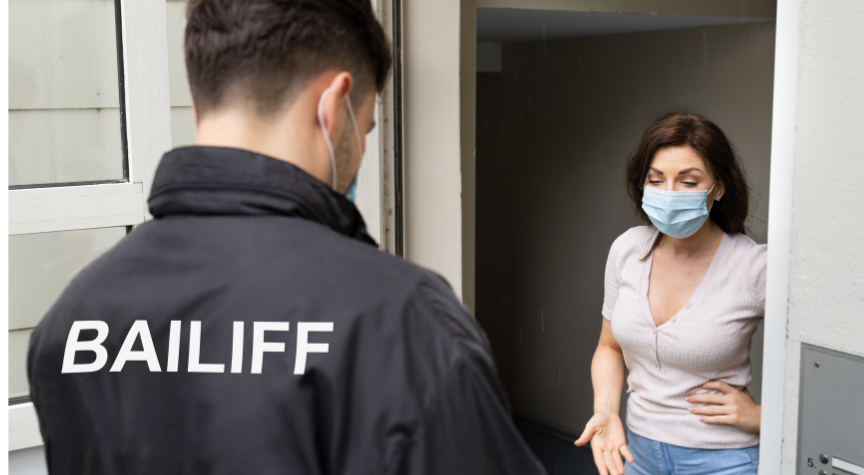 Since the fall, I have seen a big uptick in desperate people calling me for tax or bankruptcy help. What kind of desperation? These people have been either on the IRS’s radar, or been having debt problems, for many years and then the crisis hits: the IRS puts a lien on a house, or a creditor gets a default judgment and the sheriff has garnished their pay. What was previously a big problem has now become an emergency. The person wants to sell their house but can’t. The person is having $800/paycheck garnished and can no longer make their mortgage payment as a result. “Help!,” they implore me.

Hard Truth #1: Your Lack of Planning Isn’t My Emergency

Many of people who call me with these emergencies are people I have already spoken with – often years ago. At that time, I highly recommended addressing the problem immediately, and not risk it spinning out of control and becoming precisely the emergency that has them calling me months and years later. But there are many people who avoid their debt issues in the mistaken belief that if they ignore the problem then it doesn’t exist, and the IRS and creditors will go away, especially if they haven’t heard from them in a while. Wrong. I have written before about the foolishness of people with debts sticking their heads in the sand – it always results in a harder, more expensive problem to solve. When I tell the person now facing the crisis that the odds of a good or cheap outcome are now greatly lower, they are shocked, Shocked, SHOCKED!

Hard Truth #2: I’m Not A Magician – the Worse a Situation You Hand Me, the More It Will Cost to Resolve and the Lower Your Chance of a Good Outcome

I take on fewer and fewer crisis cases. Why? There is much less I can do to help a client when I’m handed a stinking pile of a mess with emergency deadlines. I like to make clients happy. And I like to do my job well. When clients make their lack of planning and initiative my emergency, then it’s harder to do my job and thus give clients a good outcome. Moreover, I have many people seeking my help and I prefer cases where I can make a big impact to ones where I’m only doing damage control. Wouldn’t you?

Hard Truth #3: I Like to Work On Cases Where My Skills Can Make a Big and Positive Difference

Many of the people who come to me with emergencies have an alarming tendency to think everyone else is responsible for the mess they’re in. It’s almost never their doing. And, once I step in, when I can’t do magic, I often become one in the long line of people who are responsible for the crisis. This makes no sense. Consider some of these examples. A business owner failed to remit payroll taxes and the EDD has suspended her business license. Who’s responsible for her not being able to work? I’m not the one who didn’t forward monies withheld from her employees’ pay. And why should the EDD keep her in business when she’s taking money that belongs to her employees? This is on her, not me, if it takes months to fix a problem involving a large and plodding bureaucracy, and not the EDD for revoking the license.

Or how about the case of the guy who ignored countless notices from the IRS about its intent to garnish his wages to pay taxes owed. I’m not the one who didn’t pay my taxes fully and on time. I’m not the one who ignored the Notice of Federal Tax Levy – in fact, I told him to get into an Installment Agreement and he ignored my advice. And when the IRS bureaucracy works painfully slowly to reverse the garnishment and get him into an installment agreement, the costs and inconvenience of the garnishment and fighting it are on you, not on the IRS or me. Can you feel my frustration?

Hard Truth #4: If I’m Handed a Stinky Turd of a Problem and It Can’t Be Fixed, I’m Not the One Responsible – the Person Handing Me Their Turd Is

Bottom Line: If any good tax or bankruptcy attorney tells you to address your problem sooner rather than later, Just Do It.