John D. Faucher is certified by the State Bar as a Tax Law Specialist, a designation earned by fewer than five percent of California attorneys. The California Board of Legal Specialization requires an attorney seeking this specialization to (1) pass a written exam in Tax Law, (2) practice Tax Law for a minimum of five years, (3) fulfill continuing legal education requirements higher than those for normal Bar certification, and (4) be favorably evaluated by other attorneys and judges familiar with the attorney’s work in the specialty area of Tax Law. Visit the California Board of Legal Specialization for more information.

As a Tax Law Specialist serving all of California, but particularly Los Angeles, Santa Barbara and Ventura counties, John can help you or your business by: 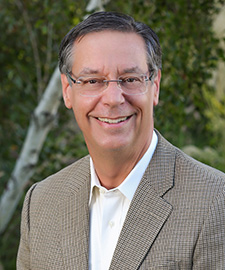 Almost no law or agency touches more Americans, more often, than federal tax law. We are all taxed on income, dividends, interest, sales of capital investments, profits – you name it, and the IRS probably wants to know about it and touch it. I worked for ten years as an IRS attorney, defending audits in U.S. Tax Court. I’m on the other side of the desk now, helping taxpayers with audits or figuring out how to deal with IRS tax bills. I have clients outside of California because of the federal (national) nature of much tax law. If you live in a state other than California, I can likely help you with most IRS tax issues; and, if I can’t, I’ll find someone in your state who can. However, for state income tax matters, I can help only California residents, or people California claims are residents.

It’s critical to understand that the IRS is charged by Congress to be a law enforcement agency. The goal of the IRS is not to maximize the amount of tax it can collect. The IRS’s primary purpose is to ensure that the correct amount is charged to each taxpayer and that the same processes to collect taxes are applied equally to all taxpayers. As a result, negotiating with the IRS over tax bills is nothing like haggling at a flea market; there are strict constraints that frustrate many people. Read on, particularly about the audit process, to learn what you’re dealing with when facing an IRS auditor. Many individuals and businesses are able to handle an audit on their own (I usually step in to appeal a bad audit result) but, if at any time something about the process confuses you or makes you uncomfortable, call me.

A quick phone call to a tax attorney often saves time and money;
I deal with the IRS daily – hopefully, you only rarely deal with it

The assessment and the collection functions of the IRS are strictly separated. This means you can rarely challenge the amount of taxes owed unless your case is still within the IRS Assessment division. Once your audit or tax court case is completed and your final tax bill issued, your file passes to the IRS Collection division.

The IRS Assessment (Audit) Division doesn’t care if you cannot pay the taxes you owe; its job is to ensure every taxpayer is charged the correct amount of tax

If you’re audited by the IRS, you should know:

Click to learn more about the audit process and how to appeal an audit result you don’t like.

If you’re under audit, don’t panic – read about the audit and appeals processes on this website, and then call me, if necessary

(How to Pay What’s Owed)

Once an audit or an audit appeal is finalized, the IRS Assessment division issues its final tax determination and passes the file onto the Collections division. The only thing the IRS Collections division cares about is collecting the tax owed; it will not negotiate on the amount owed. The IRS also doesn’t care if you cannot full pay what you owe. And it has the full power of the U.S. federal government to garnish wages, put liens on capital assets such as houses, or levy on bank accounts to satisfy tax debt. You don’t want to get to the point of having the IRS attach a levy or lien on you. It is always more costly to reverse a garnishment or levy, than it is to stop it from occurring. But doing so means you cannot ignore the Notices of Intent to Levy that the IRS will send you before it actually levies. Pretending the IRS doesn’t exist won’t make them go away. You need to respond to the IRS before it levies on you. Educate yourself on the ways to deal with owing more to the IRS than you can pay by reading about available options, and then call me to discuss which one(s) are best for your circumstances.

If you don’t want to deal with the IRS, or you don’t know how to, both are good reasons to hire me

There are three ways to handle not being able to full pay your IRS tax bill:

If you have an issue with one of California’s three tax authorities, it’s almost always going to be a much bigger problem to fix than if you had the same issue with the IRS. Why? California agencies have fewer processes and rules protecting taxpayers than the IRS does, and California is more aggressive about collecting tax revenues than the IRS is (the U.S. federal government, after all, can always just print more money if it needs it). The upshot is that, while you don’t want the IRS breathing down your neck, you REALLY don’t want to be in the crosshairs of a California tax agency. So, if you’re reading this section because one of them is after you, then let me first extend my condolences. Second, the clients who probably most often need my expertise and intervention are those attempting to resolve an issue with one of California’s tax agencies. Third, in my experience the IRS is the most reasonable agency, followed by the FTB, the CDTFA and the EDD – in that order. As you go down the list, the level of bureaucratic unreasonableness and ease of resolving disputes increases sharply. Call me if you’re on the radar of one of the California tax agencies.

Franchise Tax Board (“FTB”). The Franchise Tax Board is responsible for auditing California State Income Tax returns and collecting California’s state income tax, for individuals and businesses. The state taxation system is dysfunctional, and full of cronyism and unfair laws and processes. Since there’s little oversight of the FTB, they generally get away with what they do, like levying on taxpayer accounts even when the taxpayer has confirmation of an installment agreement to pay back taxes owed. Read more about the FTB here.

California Department of Tax and Fee Administration (“CDTFA”). The California Department of Tax and Fee Administration is responsible for collecting the state’s sales tax. It was created in 2017 and largely replaced the Board of Equalization (which is still the appeals unit for disputes with the CDTFA). As a result, only businesses and business owners typically have issues with the CDTFA. Want to know more? Click here.

Employment Development Division (“EDD”). California’s Employment Development Division collects the state’s payroll taxes which consist of disability (SDI) and employment training and unemployment taxes. As a result, wage earners would not typically have an issue with the EDD. Business owners are most frequently the target of EDD actions, while self-employed individuals occasionally are. Failure to full-pay payroll taxes can be deadly for a business owner. The EDD (and the IRS with respect to social security and Medicare payroll taxes) considers the failure by business owners to pay these payroll taxes theft from the employee – an unindicted crime. As a result, the EDD can enforce collections so strictly that it can and will shut down a business. Moreover, unlike many taxes, payroll taxes can never be discharged in bankruptcy because it wasn’t the business’ money – it was employees’ wages that should have been sent to the EDD. To learn more read here.

California’s Tax Agencies – FTB, CDTFA & EDD – are much more aggressive than the IRS and far more frustrating to deal with, so call me If you’re having issues with them