Differences Between Chapter 7 and 13 Personal Bankruptcy

If your income is much above the “means test” established by the state of California for chapter 7 bankruptcies (which is $101,315 per year/$50,658 for six months, or below $60,360 per year for a single person), then you cannot file a chapter 7. In general, a chapter 13 bankruptcy is for people with steady income and assets they might not want to lose in a chapter 7, such as a house. A chapter 13 bankruptcy differs in significant ways from a chapter 7. Rather than having debts wiped out immediately, as is generally the case in a chapter 7 bankruptcy, the chapter 13 bankruptcy is a five-year debt repayment plan or, less frequently, a three-year plan. The plan is also administered by a Bankruptcy Trustee. All of your expenses and income are closely examined by the Trustee and s/he approves a monthly amount to cover basic monthly living expenses such as mortgage/rent, utilities, food, insurance, childcare, car payments and medical expenses. The amount of your monthly income above what covers your basic expenses is considered “disposable” and is turned over to the Trustee, who uses this money to repay your creditors.

The Process In More Detail

After the chapter 13 Plan (which tells the court and your creditors how you plan to handle your debts) is filed, a Bankruptcy Trustee is appointed to administer the case. S/he will hold a Meeting of Creditors (as is the case with chapter 7 bankruptcies) to question you and your attorney on details of the Plan. Any of your creditors may also attend this meeting, though they rarely do. Thereafter, the Trustee and creditors have a brief period of time to review the Plan and make objections. If there are no objections, the Court enters an Order Confirming the Plan. Once the chapter 13 case is filed, the debtor has 30 days to make the first monthly payment to the Bankruptcy Trustee, who pays your creditors according to the specifics of your Bankruptcy Plan. You will no longer be in contact with creditors; only the Trustee is. Once all payments have been made under the chapter 13 Plan – which takes three or five years – a “discharge” is issued. This discharge releases the debtor from remaining debts provided for in the plan. There are some exceptions for which debtors will still be liable: some taxes, alimony/child support, most student loans, and any legal judgments relating to fraud or criminal convictions.

Pros and Cons of Chapter 13 Bankruptcy

The main benefits of a chapter 13 bankruptcy are first, that at the end of the plan, any debts remaining are “discharged” or forgiven. In the past few years, approximately half of chapter 13 plans have discharged some remaining debt. Second, the debtor gets relief from the hounding phone calls of credits and collection agencies, since the Bankruptcy Trustee is responsible for all debt repayments during the life of the plan. Third, chapter 13 will stop foreclosure on a house and give a chance to pay the overdue balance on a mortgage.

However, the “financial invasiveness” of a chapter 13 is even greater than a chapter 7. The Bankruptcy Trustee can and does regularly require extensive financial documentation (of wages, bank accounts, etc) from chapter 13 debtors, to ensure that the monthly plan payments are still appropriate. While this invasiveness also exists in chapter 7 bankruptcies, it occurs only once in most circumstances. In a chapter 13, the Trustee can require documentation numerous times over the length of a plan.

If you need a chapter 13 bankruptcy, I will most likely refer you to one of my trusted attorney pals because I no longer do as many as I used to. The vast majority of personal bankruptcies filed annually are chapter 7s, so this is where I have focused my expertise. But call me at 818-889-8080 to discuss the particulars of your situation, to at least get a sense of whether you qualify for a chapter 7 or a chapter 13. 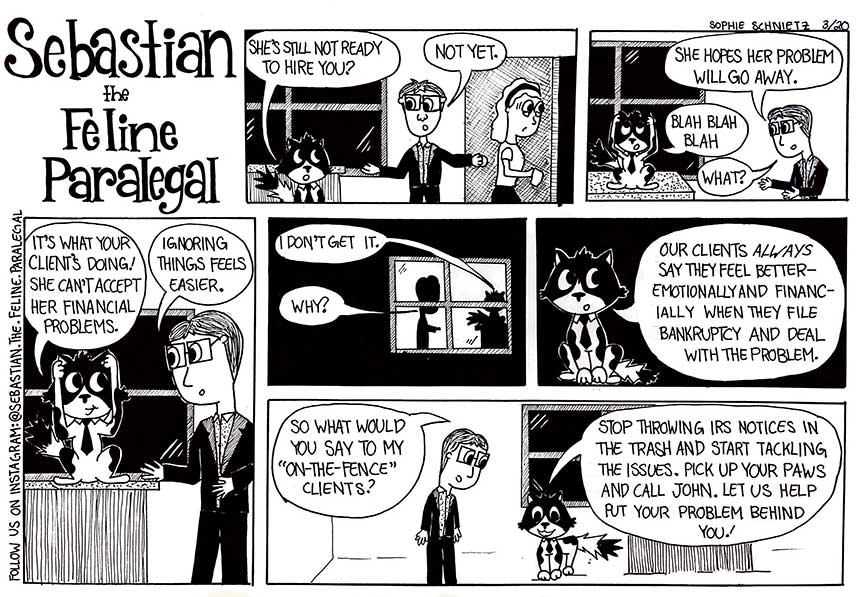