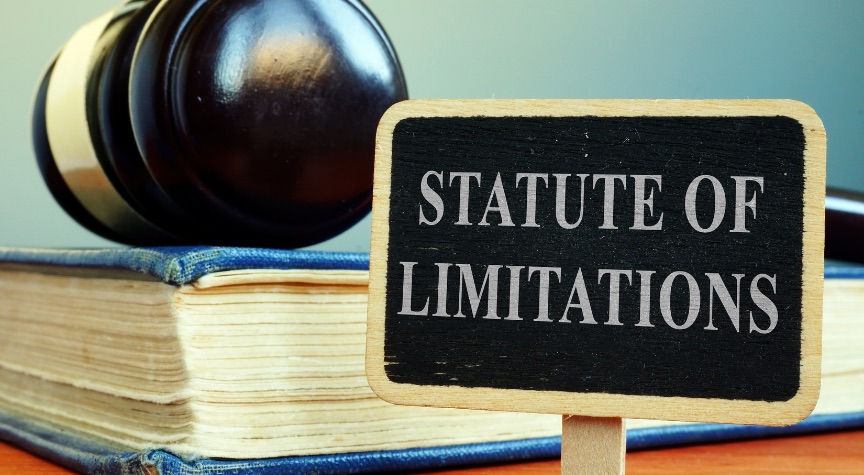 A potential client called me last week for help in dealing with the IRS. He owed taxes for 2002 to 2006. Had he filed the returns on time? Yes. Had he filed bankruptcy in the meantime? No. Had he filed an offer in compromise? No. Has he heard anything from the IRS in the last three years? No, but he thought that was because he had moved and not written to the IRS collection department to tell them about the move. Has he filed a tax return from his new address? Yes.

I told him not to worry, that he probably didn’t owe the taxes anymore because it took more than 10 years for the IRS to collect those taxes. And it occurred to me that I should explain how statutes of limitation can work to the taxpayer’s advantage.

The IRS has a three-year limitation period on assessment from the time of the return’s filing. That means that if three years pass from the time you, the taxpayer, filed your return, the IRS can no longer audit you for that tax year.

Sounds simple, right? But when did you actually “file the return?” Let’s take a return for the 2011 tax year. If you filed it before April 15, 2012, the law says that the return was filed on April 15. If you had an extension until October 15 and filed the return on September 1, the limitation period starts on October 15. If you filed the return late, the law says that it was filed on the day the IRS received it. Mind you, none of those very important details is on the IRS’s website.

In California, the Franchise Tax Board generally enjoys more liberal state laws than the federal IRS. The FTB has four years to assess more taxes on a filed return.

There is a big difference between how the IRS and the FTB go about “assessing” a tax, and how their audit procedures work. For the IRS, assessment occurs at the end of the audit process. Thus, the IRS generally tries to reach potential audit targets within a one-to-two-year window after the return is filed. If the three-year clock has been ticking for two years and ten months, and you haven’t heard from the IRS, you are unlikely to get audited for that year – although there are relatively uncommon exceptions. The IRS has to start its audit soon enough that it can complete the process and issue a Statutory Notice of Deficiency more than four months before the end of the limitation period, for reasons that are too complicated to mention here.

The relatively uncommon exceptions? The IRS gets six years to audit you if it can show a large understatement of income, and if it can show that your return is fraudulent, it can open the audit and assess at any time; there is no statute of limitations on a fraudulent return.

The FTB, on the other hand, assesses the increased tax as soon as it smells a problem. Like a deputized posse member who shoots first and asks questions later, the FTB starts its process with a Notice of Proposed Assessment; the assessment is final in 30 days unless the taxpayer challenges it. This notice can be mailed on the last day of the four-year clock, and it’s still effective.

If the taxpayer gets audited by the IRS and agrees to a higher assessment, the taxpayer has a duty to inform the FTB within six months. The FTB then has two years to make its assessment. If the taxpayer doesn’t make the six-month deadline, there is no limitation period – the FTB has an infinite amount of time to make the assessment.

These assessment clocks can be tolled (and often are) by agreement between the taxpayer and the taxing authority. Sometimes this is a good idea, especially if the taxpayer just needs a bit more time to gather records to show to the auditor. Sometimes it’s a bad idea, if the tax authority’s case is not very strong.

Obviously, the laws strongly favor the taxing authorities: our legislatures want to make sure that people do not get out of taxes owed by skillful procedural moves. And while the FTB’s laws sound even more tilted against the taxpayer, there is a counterbalance: the FTB is generally less effective at opening and closing audits, and investigating a taxpayer’s affairs, than the IRS. “Generally,” of course, doesn’t mean that it can’t be extraordinarily effective if it wants to be.

Once the assessment is made, the taxing authority then has to try to collect it. The IRS has 10 years. The date that the collection authority ends is called the “CSED” (Collection Statute Expiration Date). The ten-year clock can be tolled by any of several events: bankruptcy, offer in compromise, or collection due process hearing. Installment agreements do not toll the collection period. If you want a really, really good time, read the code itself here!

While I have counseled taxpayers at the end of the IRS’s 10-year period, I have never counseled anyone at the end of the 20-year period. One reason is that the statute of limitations is less than 20 years old: prior to July 1, 2006, there was no statute of limitations on collection actions for income tax in California. No one has yet had their California tax liability extinguished by operation of time.

There’s another reason: the FTB interprets “20 years” to mean, effectively, forever. If the FTB takes any action on the taxpayer’s account, such as issuing a levy or recording a notice of state tax lien, the 20-year clock starts again. And if the taxpayer starts an installment agreement with the FTB, the 20-year clock stops (for the IRS, it only stops during the period of negotiating the installment agreement).

Taxpayers may discharge their liabilities in bankruptcy. However, the law requires the taxing authorities to have a chance to collect those liabilities before the taxpayer can discharge them. Thus, 11 USC Sec. 507(a)(8) and 523(a) work together to create several rules, familiar to most bankruptcy attorneys: in order for a tax liability to be discharged, it must come from a return last due more than three years before the bankruptcy filing (this is October 15 if the taxpayer got an extension), actually filed more than two years before the bankruptcy filing, and the tax on that return must have been assessed more than 240 days prior to the bankruptcy filing (this becomes relevant in an audit situation). These periods may be tolled by bankruptcy, collection due process hearings, and offers in compromise.

Because these rules are set by federal bankruptcy law, not federal and state taxation law, they are identical for the IRS and the FTB. But there is yet a wrinkle between the two: the 240-day rule operates slightly differently for the FTB than for the IRS.

The “assessment date” for the IRS is straightforward: it is the date appearing on the transcript, the date that the tax return was received, the taxpayer agreed to an increased assessment, or the date that a Tax Court decision became final. For the FTB, it is the date that the assessment proposed in the Notice of Proposed Assessment becomes “final.” While the NOPA serves as the assessment date for all kinds of clocks (including the inter-agency agreement determining priority of liens), it does not serve as the starting period for the 240-day rule. Rather, the 240-day clock starts 60 days after the NOPA, thus effectively giving the FTB a 300-day period before dischargeability is allowed.

Got all that straight? If not, then give me a call!