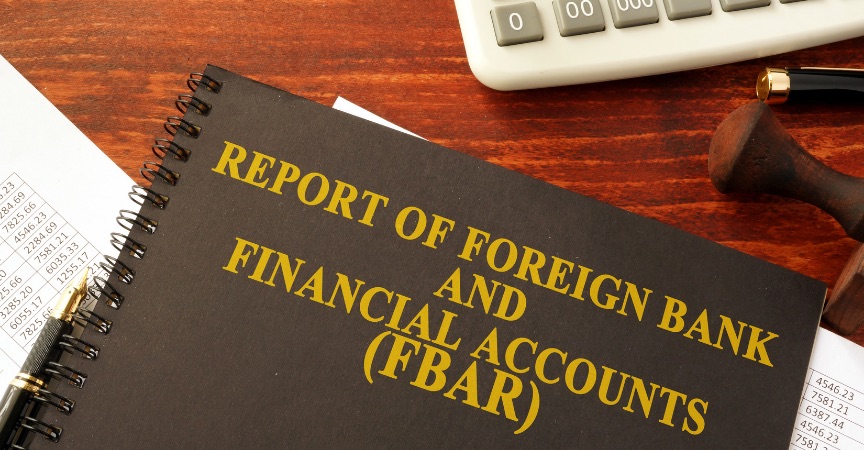 If you own a foreign bank account, you need to report it to the IRS, or else, as the case of poor Mr. Gubser below illustrates. Failure to do so can result in absurdly harsh fines: $10,000 per account, if the failure to report was inadvertent, and up to half the amount in the account, if the failure to report was “willful.” In Mr. Gubser’s case, the fine amounts to $1.3 million – half his life savings. Read on for more about the IRS’ Foreign Bank Accounting Reporting (FBAR) insanity and this man’s fight to restore some sanity to the fines associated with foreign bank account reporting.

Our hero, Bernhard Gubser, is a 66-year-old dual citizen of Switzerland and the United States. He has a 9th-grade education, and worked in Texas from 1982 until his recent retirement. He intended to return to Switzerland when he retired, and thus always put part of his U.S. earnings into his Swiss bank account; it had $2.7 million when the IRS found it. Throughout his working life, Mr. Gubser complied with the US tax laws to the best of his abilities: he and his accountant filed timely and complete tax returns. Unfortunately, his accountant was unaware of the requirement to report foreign bank accounts until 2008. By the time they learned of the law, the reporting deadline for 2008 has passed. Reporting a foreign bank account is not done on tax returns, but rather on-line at a government website (it’s on the Financial Crimes Enforcement Network website, although the IRS administers FBAR compliance), and thus there was no way for Mr. Gubser to file an extension or an amendment, to report his Swiss account.

Enter the story’s villain: the IRS found that Mr. Gubser’s failure to report the Swiss account on time was “willful,” and is trying to assess the statutory fine of 50 percent of the value of the account, or $1.35 million. Yup. Even though Mr. Gubser tried to report the account as soon as he learned of the reporting requirement.

Sensibly, Mr. Gubser has challenged the fine. First, he took his case to an IRS appeals officer. That appeals officer said that the IRS would win if the IRS needed to prove willfulness by the “preponderance of the evidence” standard. This standard is easy for IRS to meet because it assumes it’s more likely than not that the failure to report the account on time was willful. Mr. Gubser argued that the evidentiary standard for FBAR fines should be by “clear and convincing evidence”. This is a more difficult standard for the IRS to establish. Indeed, Mr. Gubser’s appeals officer said the IRS could not establish this in his case, so he was using the preponderance of the evidence standard – the only way the IRS could win.

Mr. Gubser went to court. He filed a request for a declaratory judgment against the IRS in Laredo, Texas, where he lives. He wanted the court to determine the standard of proof needed when assessing FBAR fines. His argument: the fine is a quasi-criminal sanction against him, confiscating half his life savings and identifying him as a lawbreaker. In order for the IRS to impose such an absurdly harsh penalty, it must meet a higher standard of proof for simple transactions like a failure to file a report on time (especially if the filing deadline for the year passed!) – certainly higher than “more likely than not.” You can read more about it here.

His suit against the IRS represents an important move to bring some sanity to the almost criminally insane area of foreign account reporting. Moreover, consider this: in many cases, failure to report a foreign account doesn’t even create a tax harm to the U.S. – many of these generate no income at all, so there is no tax revenue that the U.S. failed to receive.

Unfortunately, we really don’t know how it all ended. The District Court (where the case would be tried) dismissed the case because it wasn’t yet “ripe;” the IRS hadn’t yet assessed the penalty, so the court didn’t really have a controversy to decide on. Mr. Gubser appealed that decision, but the Appeals Court upheld the trial court in 2017. You can read the appeals court’s decision here. This means that the courts never decided whether the IRS needs to prove these penalties by clear and convincing evidence, so it was free to make the assessment. We do not know whether it actually did make the assessment, nor for how much; in any event, Mr. Gubser did not bring the IRS into court again.

My Take on FBAR Absurdities

Historically, the IRS has argued for the ridiculously punitive FBAR fine because it wants to provide a very strong incentive for Americans to disclose their foreign accounts. Foreign banks do not need to issue annual statements of interest or gains earned on their accounts to the US government, the way US banks do (although an increasing number of foreign banks, particularly prominent Swiss banks, have begun supplying the IRS with names of Americans with accounts in their institution). The IRS wants to prevent people like Mr. Gubser from possibly evading US taxes by speculating in foreign securities in their foreign investment accounts and racking up overseas capital gains that the Treasury never finds out about. While this reasoning seems rational, it becomes insane when honest people like Mr. Gubser get caught in the FBAR snare. Not all Americans with foreign accounts are trying to stiff the IRS. Most Americans and even accountants don’t know about this requirement. Not everyone with a foreign account will remember they have (anyone out there with an aging parent whose memory is declining?). And – this is really important – the process for reporting foreign bank accounts is almost as ridiculous as the fines for failing to report. Many clients hire me to do this because the on-line process is so complex it takes even me 1-2 hours to simply register an account. Yes, some Americans will sneakily use foreign accounts to evade US taxes, fail to report them, and hope the accounts remain untraceable to the IRS. However, imposing a 50 percent penalty across the board is akin to using a sledgehammer to fix jewelry, and assumes that all the jewelry is busted to begin with. What troll(s) at the IRS cooked this up? Why on earth hasn’t Congress stepped in and put an end to this nonsense?

Perhaps the opportunistic investors who use foreign accounts to rack up capital gains beyond U.S. shores would not violate U.S. law if our tax regime were saner. The US is one of only two countries in the world that tax their residents on foreign income, rather than just on income earned domestically (Eritrea is the other). Why? Because most of the world understands how difficult it is to enforce tax laws outside of one’s legal jurisdiction, and also knows that the relatively small amount of income earned in foreign accounts (versus domestically) is not worth the significant cost and hassle to collect.

If the U.S. taxed U.S.-based income only, the insanity of Foreign Bank Account Reporting would end. Perhaps the IRS trolls should focus their energy on lobbying fellow trolls in Congress to end this absurdity, rather than bludgeoning poor Mr. Gubser with criminally immoral fines. In the meantime, thank goodness people like Mr. Gubser are fighting the little fights – such as changing the burden of proof from “preponderance of evidence” to “clear and convincing” – as often as necessary.