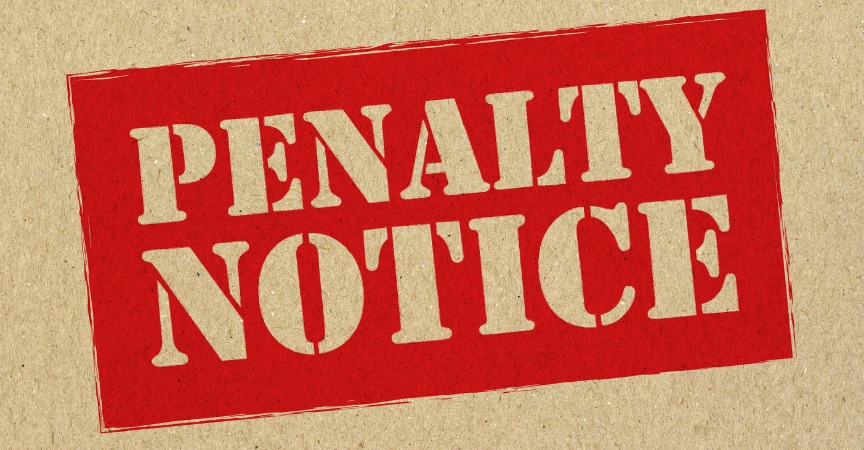 A client ran a landscape maintenance company in LA for 30 years. His crew showed up at clients’ houses to mow, blow, and go.  My client called his crew “contractors,” to avoid paying payroll taxes.  He also didn’t issue Forms 1099 for them. Uh-oh…

Like many clients hammered by IRS, he wanted to “negotiate” away the penalty and interest charges, if he promised to pay the tax.  It makes sense to most people: yeah, I owe the tax, but why should the final bill be so much higher than just the tax? Won’t the IRS be nice and understanding and walk away if I just pay what I really owe? Why do I owe all these other fees and interest and penalties? Unfortunately, it doesn’t work that way.

It doesn’t have to. It has the right and the legal obligation (imposed on it by Congress) to collect every cent owed (and this client did owe this money), and Congress limits its discretion to give one taxpayer a break that it doesn’t give to another.

I can’t do much for clients like this one, who have so obviously flouted IRS and accounting rules for so long.  I am, after all, just a tax lawyer, not a wizard.  Let’s review the IRS’s standard penalty charges, and whether there’s any room for a mortal lawyer to help someone like my client.

The government wants taxpayers to file their return. Congress set a stiff penalty for late filers: every month a return is late adds another 5 percent to the outstanding tax bill, up to a maximum of 25 percent for failure to file. If your tax return is late by a day, you owe the full month’s penalty.

You can avoid the penalty only if you can prove “reasonable cause.” About the only cause the IRS and Tax Court accepts is if you were completely disabled during the period the return went unfiled (which includes proving incapacitation in all other areas of your work and personal life) and if you file immediately upon getting well.  If you kept other aspects of your business or life going, the IRS will impose the penalty.  Able to continue coaching your child’s AYSO team from a wheelchair?  Well, then, why couldn’t you dictate your W2 and other tax info to your accountant?  My client’s defense on the Failure to Fail penalty?  Nada.  He kept his life going just fine – he just didn’t feel like filing the payroll tax returns.

The IRS penalizes unpaid taxes owed at 0.5 percent of the tax due per month for up to 50 months, or a maximum of 25 percent of the unpaid tax due (except when both failure to file and pay penalties are running, then the maximum penalty is 47.5 percent).  As with the Failure to File penalty, the only reasonable cause the IRS will accept is severe disability.  If you keep other aspects of your life going, then why haven’t you paid the IRS?  And, if you simply don’t have the money – well, that’s not the IRS’ problem – you should have budgeted differently or spent less.  Congress has not given the IRS the discretion to negotiate on this, nor would it.  It’s important that tax laws are applied equally to all individuals and businesses, to avoid the possibility of favoritism.  There are fewer than a dozen Tax Court cases where someone has successfully challenged a delinquency penalty.  My client’s odds of getting it waived? Less than nada. He was living exceedingly well during those 30 years as a landscape business owner.  He had the money.  He just didn’t want to give it to the government.  Few of us do.  And that’s another reason Congress doesn’t give the IRS much discretion to waive these penalties: it’s not fair to those of us who do pay our taxes, often lowering our lifestyle to do so.

This penalty adds 20 percent of the tax due when a taxpayer doesn’t calculate the correct amount of tax owed, within 10 percent of the originally-reported tax, or $5,000, whichever is greater.  The penalty can be waived under IRC 6664 and Treas. Reg. 301.6664-1.  If a taxpayer 1. brought all truthful and relevant facts and documents to the professional, 2. the professional was sufficiently competent for the taxpayer’s level of complexity, and 3. the taxpayer followed the professional’s advice in good faith, then the negligence penalty can be waived.  This is an easier standard to prove than the other two penalties, but still not one that the IRS grants frequently.  With respect to my client, this penalty was never assessed.  Since he didn’t file tax returns at all, there was no incorrect calculation of the amount owed.

While the IRS audit was ultimately catastrophic for my client’s business and personal finances  (the business was shut down and he’s still personally liable for tax bill), he made the choice to postpone paying taxes and benefited from it greatly until he was caught.  He ran his business tax-free for 30 years, giving him a good life and fantastic competitive advantage while the ride lasted. The ultimate tax bill he got isn’t close to what he would have paid had he complied with his tax obligations for all that time.  He wanted me to work magic to have the Failure to File and Failure to Pay penalties waived – and it would have been magic to get that to happen because the cases and the statutes so strongly discourage this.  Nonetheless, he hired another tax attorney, someone who promised they had the right “connections” to make it happen. So far as I know, he’s still on the hook for it all.

So, final lesson: many clients come to me saying that other practitioners promise to get them out of penalties, and I disappoint them by telling them that I can’t.  And many clients come to me after another tax attorney or service has taken their money, and gotten them nothing in return, except promises they would never be able to keep.  What do you prefer: expensive, false hope or an honest assessment of what can be realistically done about your situation?  Be wary of anyone who promises they can get rid of IRS penalties.  It’s almost always too good to be true. At the very least, get a second opinion before you write a check to a fast-talking tax attorney.