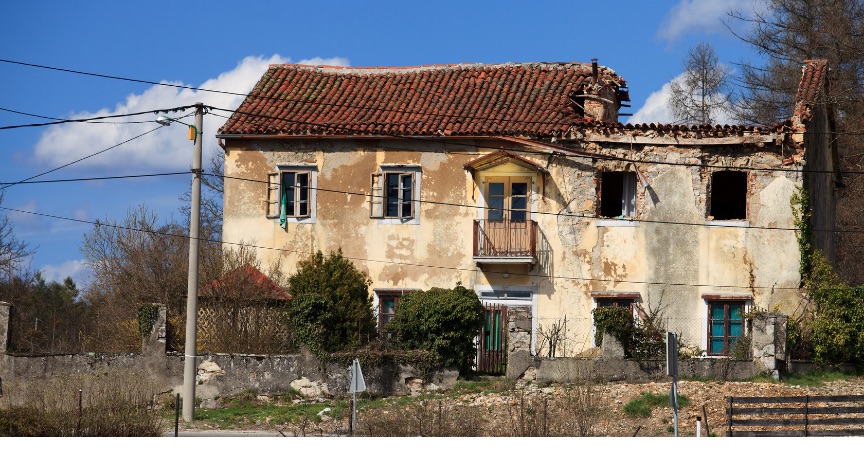 (Note: The case involved here is very complex.  But that’s the point: it dominated and nearly ruined the lives of my clients for a decade, until I used bankruptcy law to end their nightmare.)

My clients, a husband and wife who are both nurses at a small hospital in Southern California, first came to me to see if they could use bankruptcy to get rid of their main debt: a $1 million judgment against them for attorney’s fees. Their decade-long nightmare involved malicious prosecution and malpractice and lots of other legal terms they had never heard of. It all began with a sleazy lawyer using them to extract money from the contractor who built their house.

Five years later, Con Man Attorney not only lost the case against the contractor (a different arbitrator ruled differently in this case than in the first case), but he also managed to get a $1 million judgment against my clients for the contractor’s legal fees. Generally, litigants in the US pay their own attorney’s fees, unless a contract shifts the liability for fees to the losing side. That’s what happened here.

This is when my clients came to see me.  I filed a standard chapter 7 bankruptcy for them (see here for the process).

To keep his rights alive, the contractor also needed to file a state-court lawsuit alleging that the original lawsuit about the house was a “malicious prosecution.” This means the use of the law in a corrupt way; the malicious prosecution judgment in state court could be brought into the bankruptcy court as a nondischargeable malicious tort. The contractor was sick and tired of Con Man Attorney using people who’d bought his houses to sue him. He was sending a strong message to Con Man to knock it off by filing suit against my clients, who were now unfortunate pawns in a feud between some major egos.

Con Man Attorney appeared to have committed malpractice against my clients. He either didn’t read, or didn’t tell my clients, about a very important clause in the house’s sales contract. While the contract did shift attorney’s fees to the loser of any litigation, one provision said that in the event a lawsuit against the contractor went to binding arbitration (which this had), then attorney’s fees did not actually shift to the losing party.  The $1 million judgment against my clients appeared to be the result of legal malpractice by Con Man. Good news? Almost.

Bankruptcy transfers all of a debtor’s assets and liabilities to the trustee, so the legal judgment against them and the related right to overturn that judgment no longer belonged to them. Neither did their claim for malpractice; the trustee owned that too.  The trustee used that ownership to file a lawsuit against Con Man for malpractice in my clients’ case. If the trustee were to recover money, he would take some fees and pass out the rest of the recovery to my clients’ creditors in proportion to the amount of debt each creditor held. Because the contractor held 95 percent of my clients’ debt, most of the Trustee’s recovery in malpractice would go back to the contractor.

My clients had the strict legal duty to cooperate with the bankruptcy trustee in the malpractice lawsuit. But this lawsuit didn’t directly affect them: a win would benefit the Trustee and their creditors, a loss would not hurt them.

What did matter was the contractor’s nondischargeability lawsuit: he still held the threat of a $1 million nondischargeable judgment over my clients, and was advising the Trustee on the malpractice lawsuit. It looked like my clients’ cooperation would lead to helping the contractor on his lawsuits against my clients. Not what I wanted to see happen.

After mind-numbing negotiations, I finally convinced the contractor to drop my clients from its malicious prosecution and nondischargeability actions. My debtors had an iron-clad defense (they relied on Con Man Attorney’s advice in filing the lawsuit), and they would never make enough money to pay anything on the judgment. Because they were immigrants, they would also return to their home country if the judgment against them stood. Eventually, I was able to persuade the contractor that he didn’t lose anything by dropping them. But my clients still needed to testify against Con Man, which they did ten years after first meeting him. And then they were free: they had their discharge, they did not owe the contractor $1 million in attorney’s fees, and they no longer need to speak to or see attorneys any more.

The trustee didn’t fare so well on this one. After a trial of several days, the jury returned a verdict of no liability for malpractice. The trustee didn’t get his fee, the trustee’s lawyers spent hundreds of hours for nothing, and the contractor didn’t get anyone to pay for his legal fees in the original lawsuit. The trustee’s lawyers polled the jury afterward: it turned out that some of the members decided not to even try to deliberate, because they wanted to get home for lunch and because this just seemed to be a lot of lawyers arguing over money. These are the kinds of things that affect the quality of justice today.