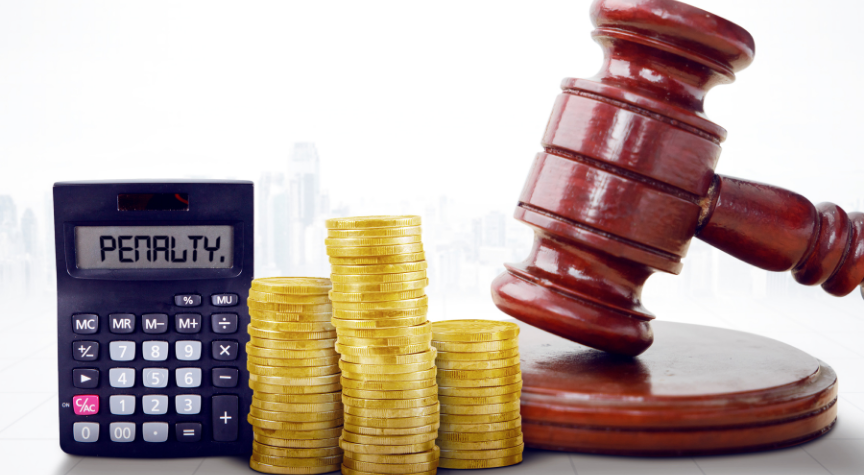 There are many obligations taxpayers have which, if not done or not done on time, are subject to penalties and fines from the IRS. These obligations range from the obvious, such as filing an annual tax return by April 15 (or file an extension request), to some more obscure ones such as employers’ obligation to file W2s electronically. Missing IRS obligations trigger penalties, sometimes eye-popping ones.

And the IRS probably assesses many more penalties than you’d guess: 40 million in 2020.

If you don’t file your income tax return on time (April 15th most years), the IRS will penalize you under 26 USC § 6651(a)(1).   It’s a harsh penalty: 5 percent of your unpaid tax per month that the return is late, up to a maximum of 25 percent of the tax owed. If you paid all the tax, however, by withholding or estimated tax payments, then your penalty is zero.

If you don’t pay your income tax on time, the IRS will also penalize you, this time under 26 USC § 6651(a)(2) (please make my day, delve into the weeds of the Tax Code and then give me a call — my family won’t talk tax details with me anymore!). That penalty is smaller: 0.5 percent per month, again assessed on the unpaid amount only. The penalty maxes out at 25 percent, but if there is also the failure-to-file penalty, it maxes out at 22.5 percent, for a total of 47.5 percent of the unpaid tax. Interest accrues relentlessly on all the unpaid sums, both principal and interest. The penalties are this steep because Congress really wants you to file and pay your taxes (it’s Congress that has set the penalties, not the IRS – the IRS largely enforces what Congress has legislated).

It’s also very hard to get out of penalties. Taxpayers can argue that they had “reasonable cause” to not file or not pay. But courts have interpreted “reasonable cause” here very narrowly. There are a few ways to not file or pay taxes on time and not be penalized, but you really don’t want to qualify for any of them. First, if you have been physically or emotionally incapacitated. And the IRS means really incapacitated — as in coma, complete psychotic breakdown, prolonged hospitalization. Occasionally, deep descent into drug or alcohol addiction will count as reasonable cause but, again, only if the taxpayer has been incapacitated by the addiction. Second, if you endured a major disaster or trauma, such as hurricane, earthquake, wildfire. Many Californians escaped the penalties in recent years if their homes were damaged in one of our many wildfires  (such as the 2018 Woolsey fire that took out many houses in my neighborhood – but not mine, thankfully). Third, if a disaster or accident destroyed the records needed to prepare your tax return, such as a burst water pipe ruining records or a house fire destroying them.

What doesn’t count as reasonable cause not to file timely or pay on time? An incompetent tax preparer. Steered wrong by your accountant? Too bad. The IRS says it’s your responsibility to vet and find reputable tax preparers. Given bad advice by an IRS agent on a helpline? That’s usually also too bad – courts have generally said you can’t hold the IRS responsible for their incompetent employees. Seriously. I’ve written about this before.

After IRS audits someone, it’s authorized to assert a 20 percent penalty on the unpaid tax that the audit turns up. This penalty automatically applies when the understatement of tax on the return compared to the correct tax is $5,000 or 10 percent of the reported tax, whichever is greater.

As with the failure-to-pay and failure-to-file returns, taxpayers can challenge this return by saying that they had “reasonable cause” to file the return the way they did. The bar for reasonable cause is easier to meet, in this case, however. Taxpayers can show reliance on a professional, or point out that the return reflected a legitimate and good-faith interpretation of the tax law. The “reasonable cause” defense won’t work if published case law and IRS guidance points in the opposite direction from the taxpayer’s return. Moreover, while the penalty is for 20 percent, IRS personnel have the discretion to assert less than the full amount of the penalty to settle a case. If the penalty gets in front of a judge, the judge generally determines whether the penalty applies or not, not whether a smaller penalty than 20 percent is appropriate.

Corporations and other entities have periodic duties to file reports on certain transactions: employers must file forms W-2 and 1099; partnerships must file forms K-1 for their partners; retirement plans must file annual reports. Because no tax is associated with these reports, the penalties cannot be based on the amount of unpaid tax. Congress has instead instituted specific dollar amounts: $100 per late-filed form W-2, for instance. These penalties can become astronomical. For example, I had a client who owns a temp agency who hired an accounting firm to file W-2s, only to have the accounting firm fail to file and not tell the temp agency. IRS assessed $484,000 in penalties against her firm. In this case, I was able to successfully argue to the IRS that my client shouldn’t be fined because she had reasonably relied upon the accounting firm to file her W2s – after all, this was the bread and butter of what that firm did.

Do you have a IRS penalty? Wondering if there’s any way to get rid of it? Give me a call and I’ll give you my best assessment of whether you have a chance of fighting it. Keep in mind though: the IRS abates fewer than 10% of penalties it assesses each year.