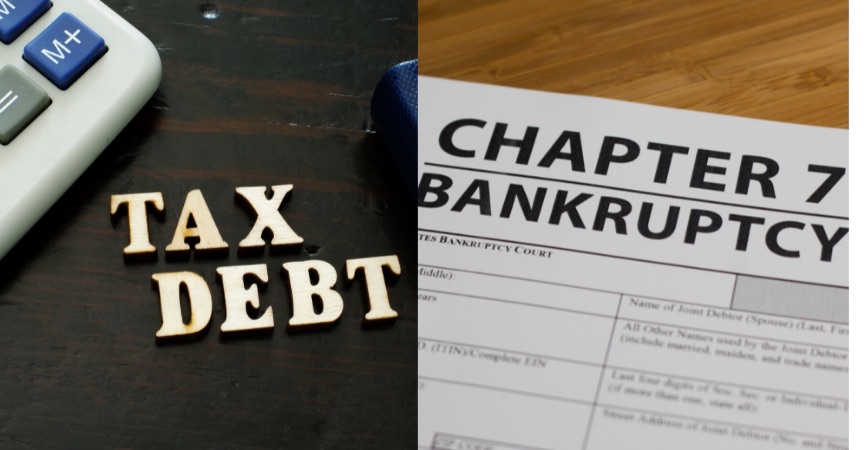 These rules are designed to give the IRS a chance to collect from the taxpayer before the bankruptcy. As an example: You file your return for the 2010 tax year on April 15, 2011. The IRS then has three years to try to collect the taxes that are due from that return. But say that you file your return late. If you file you 2011 return in 2013, then the IRS has 2 years from the date you filed to collect, and then you can discharge it in bankruptcy. Finally, if the IRS does an audit and assesses a higher amount of tax on your 2010 return, then it has 240 days to collect the taxes before you file bankruptcy and discharge taxes.
(As an aside, I try to use the term “tax year” as opposed to the vacuity appearing in the Internal Revenue Code: “taxable year.” The government taxes income, not time.)

Additionally, your return cannot be fraudulent, and you cannot have “willfully” attempted to evade payment of the tax. If a court determines that you owe a fraud penalty on your taxes, then you cannot discharge the penalty nor the underlying tax. This rule gives citizens yet another incentive – in addition to avoiding jail time, a 75 percent civil penalty, and other harsh treatments – to file an honest tax return. Read more here.