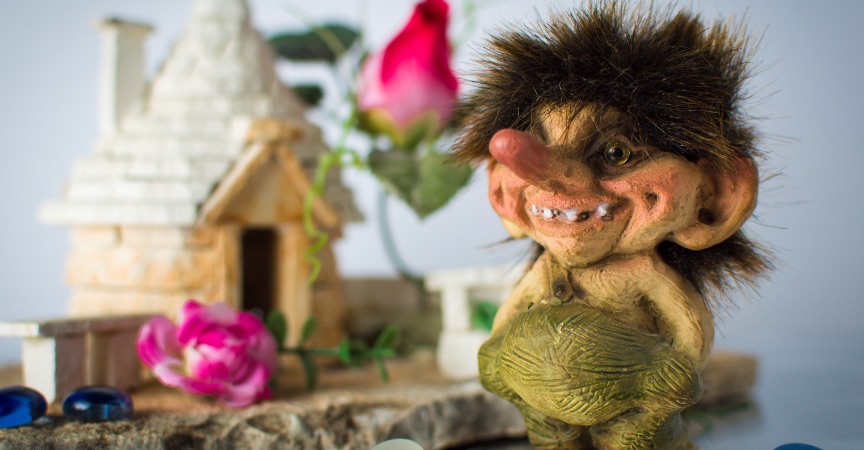 One of my clients could not get the refunds he was fully entitled to from the IRS and the Franchise Tax Board (FTB), California’s income tax authority. He had filed both federal and state tax returns months earlier, entitling him to refunds from the IRS ($250,000) and the FTB ($65,000). The refunds were triggered by stock sales: Fidelity withheld part of the proceeds, and reported this tax withholding on a Form 1099. However, both taxing authorities would not recognize the tax payment that Fidelity had made on behalf of my client.  Why?

It’s just my personal opinion, but I wish that our state Trolls – um, “employees” – were savvy enough to credit a refund when it’s put on the wrong line of a tax return. It’s not like this is a huge mistake. Still, we have amended the return, and hope that California will issue the refund due to my client soon.  On to the other rabbit hole.

The holdup of my client’s refund at the IRS stemmed from the IRS’ recent initiative to combat identity theft.  When confronted with a request for a refund of $250,000, the IRS requested identity verification. Though my client followed instructions and went online to verify his identity, the IRS did not complete its investigation for another nine weeks. Once its investigation was concluded, the IRS released the return to be processed and have the refund issue — but this process can take six weeks. So, even though it generally takes 3 – 6 weeks to issue a refund, it will take at least 3-4 months for my client to finally see the $250,000 he’s owed by the IRS.  Of course, the IRS never once volunteered why it was taking so long to my client.  Indeed, it took me two hours on the phone to speak to someone who could tell me the facts about his account.  Is it any wonder that so many Americans are frustrated when dealing with the IRS?

In dealing with the IRS as I do, I need a large skill set. I need to know how to read a statute and a case, how to give an opening statement to a judge and how to cross-examine a witness. I need to know how to write a persuasive letter or a brief. And I need to know how the bureaucracy works; that’s something I learned over the course of ten years as a trial attorney for the IRS, talking to people in every corner of the country on almost every conceivable issue that agency handled.   And, despite long and deep experience with the bureaucracy, the trolls there still manage to surprise me on occasion.

The IRS issued its refund almost immediately after I started calling.

The FTB managed to find another reason not to issue the refund: it had no record that it had actually received the money to refund to my taxpayer.

The money came from a real estate sale handled by Fidelity Funds. As part of the sale, Fidelity withheld the $65,000 and paid it over to the FTB. But it did so on the wrong form; no one at FTB could connect any payment from Fidelity to my client’s tax account.

I had a contact at FTB. She worked in a call center, answering whichever call she was assigned to; I could not reach her directly by phone, only by fax. She asked for specific documentation from Fidelity.

I had no contact at Fidelity. They also work out of call centers; each time you call, you get a new representative, who can read the prior rep’s notes, but doesn’t know the case. Further, Fidelity would not accept authorization from my client to talk to me unless he gave me trading privileges on his account or was on the call too.

So I had FTB telling me that Fidelity had screwed up, and needed to follow specific directions to fix the problem; and I had people at Fidelity saying that it was the FTB that had screwed up; and neither of them could talk to the other, because no one could pick up a phone and call the other side, because they all work out of call centers and don’t recognize the other side’s authority to talk about the individual client/taxpayer. Kafka would be proud.

At some point, after faxes were sent to both sides, I received assurances from FTB that they now saw my taxpayer’s payment, and that the refund would issue in four weeks with no further action. Not wanting to bill my client any further, I stopped calling and told the taxpayer to handle it himself from here on in.

Four weeks later, with no refund yet arrived, he called FTB to see if there were some new hangup. He got someone who told him that yes, his refund was ready, but that the FTB was holding it because it needed to hear from him one more time before releasing it.