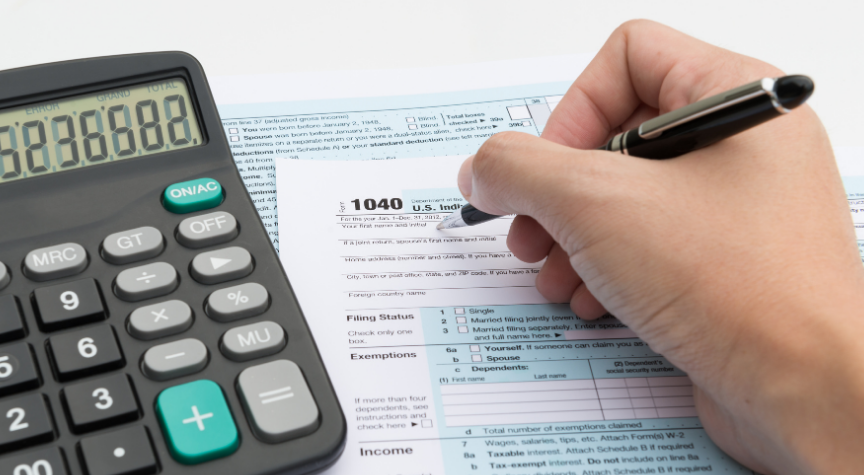 That dreaded, fifth season of the year is soon to be upon us: Tax Season. Many Americans are turning their attention to tax returns and as they file, most people wonder “could I get audited this year?”  The statistical chances of a tax return getting flagged for an audit are very small, but it still weighs on one’s mind.  So, let’s take a look at the filing and audit process a little closer:

There are two ways to file your tax return. First option: you can print and file a copy of your return and sign it. This requires what the IRS calls a “wet signature,” meaning that your original signature is on the return. Alternatively, you can file your return electronically and send it straight to the IRS. This requires a personal identification number, provided through your tax preparer or tax preparation software.

When you file a return physically, it goes to an IRS service center. There are ten of these centers across the country; in California, the tax returns generally go to the service center in Fresno. The IRS service center is a warehouse about 10 acres large. It has all kinds of offices in it; it is well-secured and surrounded by barbed wire. To enter, employees must use key cards. It is a place that stores a huge number of physical tax returns. The center looks like a Costco warehouse with floor to ceiling tax returns. The service centers actually only hold about six months’ worth of returns and after a certain time, they get packed up and shipped off to a larger document service center in Iron Mountain, Colorado. While the tax returns are in their original service centers, various IRS personnel take them off the shelves, look at them, type in relevant data, and return them to the shelves.

When the return is electronically filed, all your relevant tax data goes straight into the IRS computers.

The IRS computers, however, are somewhat outdated, hailing from about the 1980s. They don’t have the capacity, for instance, to recognize or distinguish text in upper and lower cases and therefore only use upper case letters. Furthermore, the computers use bizarre strings of numbers and three digit transaction codes that tie to a larger computer system. However, e-filing is more accurate than paper filing: the IRS reports a 21 percent error rate in entering paper returns to its computer system, compared with an error rate of 0.5 percent for electronically-filed returns.

Overall, the IRS uses a very antiquated system compared to the technology used in the private sector today. However, it is a powerful system because of the immense amount of tax returns registered on it which allows employees to cross reference documents and see patterns. This is a common step at which the IRS decides whether to audit a taxpayer.

There are a variety of reasons and ways the IRS can select a taxpayer for audit. If some enemy chose to turn you into the IRS by reporting you, the IRS may or may not audit you. IRS agents sometimes open audits because they become suspicious and question whether a taxpayer should be audited (for example, seeing a flashy car). This agent is able to then look into a taxpayer’s affairs through the agency’s computers and databases to determine whether further examination is warranted. Or you might be audited because you were chosen entirely at random by the National Research Program, which set a baseline for what an average taxpayer does. Unfortunately, this audit process is very unpleasant because it lasts about four to five days and you must turn in every scrap of paper that records a financial dealing.

Finally, the most common reason to be audited is that the IRS computers recognized some sort of factor in a return. For example, if computers determine that a deduction is too high or there are suspicious links between deductions, the IRS will investigate further. The IRS has many programs and methods for auditing, but a taxpayer will rarely find out that he or she has been audited for one of these reasons. Although it is sometimes obvious why the IRS is conducting an audit, it is more often kept secret and not announced.

I’ve often asked revenue agents why a particular taxpayer has been chosen. “Honestly, I can’t tell you, because I don’t know myself,” is the usual answer. On the other hand, patterns sometimes show themselves: all the clients of a particular accountant may get audited for a specific year if the computers see similar implausible deductions among his tax returns. Generally, the criteria that trigger an audit are closely-held secrets, known only to a few persons in the IRS, and certainly not to auditors themselves.

Learn more about the audit process in my free ebook, So You’ve Been Audited, Now What? or, if you have specific issues and questions, give me a call and we can talk through your situation.