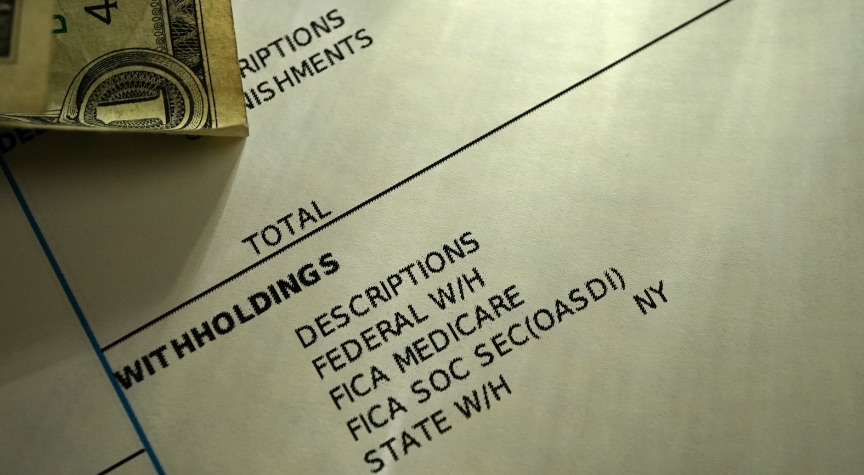 While this reasoning is intuitively appealing, it fundamentally misunderstands the IRS’ primary role. The IRS’s primary purpose is to ensure that the correct amount is charged to each taxpayer and that the same processes to collect taxes are applied equally to all taxpayers. The IRS is thus primarily a law enforcement agency, not a revenue-maximizing agency. The IRS is not any business’ partner. It it charged by Congress to enforce tax laws even if that enforcement bankrupts a business. Let’s look at this reasoning more closely.

The assessment and the collection functions of the IRS are strictly separated. This means you can rarely challenge the amount of taxes owed unless your case is still within the IRS Assessment division, where audits and appeals of audits occur (see here for more details on the two divisions). Once your audit or tax court case is completed and your final tax bill issued, your file passes to the IRS Collection division. If your payroll tax debt has been sent to collections, then there’s even less of a chance of “haggling” than there was when you were under audit in the Assessment division.

That’s because the only thing the IRS Collections division cares about is collecting the tax owed; it will not negotiate on the amount owed (that’s the strict function of the assessment division where audits occur). The IRS also doesn’t care if you cannot full pay what you owe. Moreover, the IRS has the full power of the U.S. federal government to garnish wages, put liens on capital assets, or levy on bank accounts to satisfy tax debt, and it has been charged by Congress to do exactly that if you have been found to owe taxes.

IRS Is Primarily A Law Enforcement Agency, Not a Revenue Collection Agency

If a business owner has gotten to the point of having liens filed against its business, or its business accounts levied, rather than paying or setting up an installment agreement with the IRS, then the IRS is done with negotiations. The IRS now regards the business as a criminal enterprise (it has, after all, violated its duty to pay its taxes) and the IRS will put liens on any assets it can to satisfy the tax debt. Moreover, with specific respect to payroll taxes, the IRS regards this as theft from employees. After all, the business withheld these social security and medicare taxes from employees’ wages and is legally mandated to turn them over to the IRS on behalf of its employees. By failing to do so, the business owner has stolen from employees (no matter how noble the reason – for instance, to be able to keep the business afloat and those same employees employed), by taking the money employees’ earned, but failing to turn it over to the government for their retirement.

The IRS is legally mandated (by Congress) to treat every taxpayer equally in its attempts to collect back taxes. Individually negotiated deals and exceptions are not allowed. Period. If they were, then the legally well-connected would be able to get all sorts of special deals unavailable to less sophisticated Americans. That’s fundamentally unfair and thus the IRS has been ordered by Congress to apply  collection tactics exactly the same to every taxpayer, and not to cut side-deals.

Let’s consider a hypothetical world in which IRS revenue agents have the discretion to lift the levies on some businesses: do we want that? What if your business got the “hard-nosed” revenue agent, while a competitor of yours in a similarly-bad financial position was assigned an “easy” revenue agent. What if your levy is enforced and kills your company, while your competitor’s levy is lifted, giving them the chance to remain in business for at least a while longer, simply because you were unlucky on which revenue was assigned to your case? Unfair? You bet it is, and that’s exactly what Congress sought to avoid when turning the IRS into a law enforcement agency. When my clients complain about the IRS “killing their business” rather than “working” with them, they are asking to cut side deals that could as easily work against them as in their favor.

Finally, IRS agents are rewarded for closing cases, not for the amount of back taxes collected. The IRS is in the business of tax compliance – a mandate that needs to be carried out as consistently and fairly as is humanly possible in order to preserve the credibility of the agency and government.

The IRS has neither the mandate nor the expertise to decide on a business’s creditworthiness. After all, asking the IRS to lift a levy or lien is like asking it to loan money to the business. The IRS has no assurance that a business which was unable or unwilling to make payroll tax payments in the past will do so in the future. Think about it: the only evidence the IRS has of the business’ future reliability to grow its business is the past failure to make required payroll tax payments. Making such financial decisions, or even analyzing the documents on which such loan decisions are made, isn’t part of revenue agents training or skill set.

And, politically, do we want it to be? I know a lot of conservative, small-government supporters who would vehemently oppose IRS agents making capital allocation decisions. Unless, of course, it’s their business wanting to negotiate a reprieve from collection efforts, in which case they quickly convert to a pro-government-intervention-in-private-markets stance.

Please understand, I used to counsel collection officers at the IRS. They were conscientious, surprisingly kind people. Many were military veterans. And they all saw their job as making sure that everyone felt the same pain from the enforcement of tax laws. This meant that taxpayers couldn’t “buy” laxer enforcement with a promise of making more money if they could just use the taxes owed as a temporary loan.

Negotiation 101: Tax Debtors Have No Leverage

The IRS doesn’t have to negotiate with you. It has the full power of the federal government to do exactly what it’s mandated to do. And, even if the IRS were a private entity, why should it negotiate? If the best argument from a business owner with payroll tax debt is “I’ll do better,” then that’s negotiating from a position of weakness. Severe weakness. S/he took employees earnings; didn’t turn it over as required to the government; and didn’t or wouldn’t work out payment with the IRS. So, now, when the IRS has finally levied, it’s supposed to “trust” the debtor? Seriously? Would you take this deal if the tables were turned? C’mon…..

Bottom line? The IRS never has and never will be your banker, no matter how convenient it would be for you if it were.