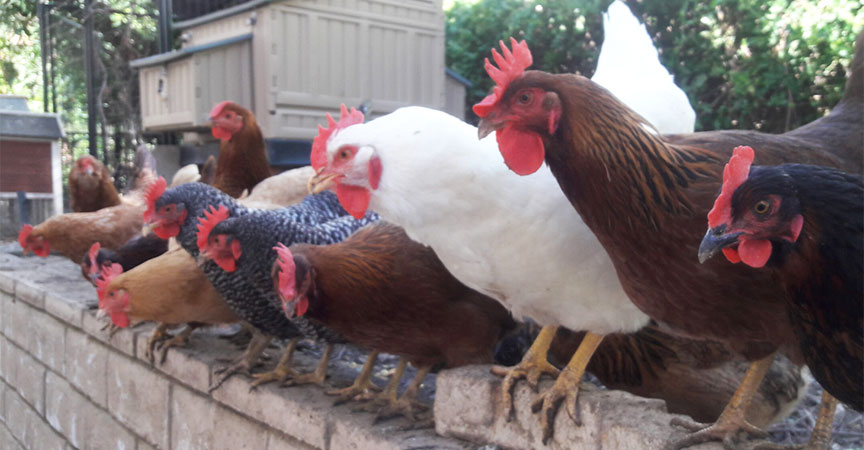 Tax and Bankruptcy lawyer John Faucher is also an intrepid chicken farmer. The flock of Faucher Family Farms has ranged from six to sixteen hens (no roosters – too loud), and currently stands at thirteen. Lucky clients sometimes snag some eggs when the hens are laying more than John can eat and he brings some to the office. John loves fresh eggs and outsmarting the raccoons and coyotes that are always trying to get into the henhouse.

John and Karen also have three cats, including Sebastian the Feline Paralegal, and Sebastian’s protégé, The Intern (who is named Tuna around the house). Together with their daughters, John and Karen have fostered cats and kittens for the Agoura Animal Shelter since they moved to California. Indeed, all three of their cats are former difficult-to-adopt fosters whom they couldn’t bear to give up for adoption.

There’s nothing like a fine cup of tea, and John has several daily. He drinks so much tea he’s even looked into growing some varieties but, so far, has decided to stick to chickens. John’s older daughter, Sophie, is a graduate of Rice University, and the U.S. Peace Corps (service in Rwanda), and has been working for Faucher Law since the COVID pandemic sent her home. John’s younger daughter, Rose, is a biology major at Rice University in Houston and loves rowing crew.

St. Jude’s Catholic Church
John is an active member of his Catholic parish, St. Jude’s in Westlake Village where he is or has served as a junior high catechist and lector, proclaiming the gospel several times a month. His favorite activity with the Church, however, is working the Margarita Booth at the annual fair.

Reader
John is an avid reader and a committed life-long learner. He tries to read a book a week and loves his Men’s Book Group. His favorite authors include Peter Drucker (The Effective Executive, Adventures of a Bystander) because of his interesting life and focus on getting the right things done; David Allen (Getting Things Done) because of his emphasis on, well, getting things done; and Annie Dillard (Pilgrim at Tinker Creek, An American Childhood) because of her precise observations and sacramental vision. In addition to reading in his free time, John enjoys biking and hiking in the trails around his house.

Family Saint (but it’s not John)

John is a descendant of a Catholic Saint. Seriously. St. Faucher lived in 12th Century Aureil, France, outside Limoges. The faithful still process with the relics and bones of this Saint before a special feast mass every seven years. The next celebration (Ostension) will be in 2023. Here is a genuine representation of St. Faucher , and you can read more about him here.  This site talks about the Ostensions. St. Faucher, thus, is John’s celibate ancestor.

For more information on Léonard Faucher, who came to America via Quebec in the 1700’s, and his descendants who spread into the country through Michigan (the pop star Madonna is a distant relative of John’s via the Faucher’s), visit their site.