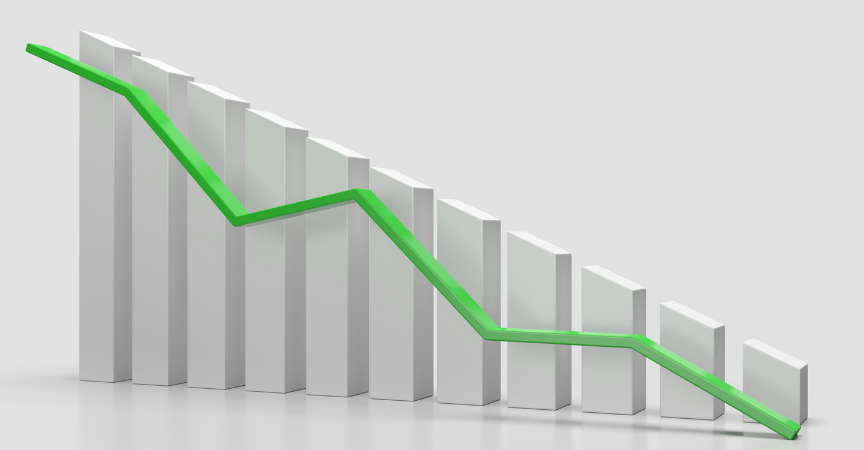 Bankruptcy filings have declined nationwide this year – a counterintuitive trend given the economic gut punch from the Covid-19 pandemic. In the Central District of California, which includes much of Los Angeles, Ventura and Santa Barbara counties, there have been only 18,381 bankruptcy filings so far this year. That’s about half of last year’s 38,000 filings. Why are bankruptcies down this year, not up?

Only Big Corporations Filing Bankruptcy?
One reason is that we’re only in the eighth month of the calendar year. Still, it’s hard to believe there will be another 20,000 bankruptcies filed in the Central District of California by the end of the year. Also, the news has been full of big companies filing for bankruptcy protection since the spring. And in such wide-ranging industries as retailers like Pier One and Sur La Table to energy firms such as Chaparral Energy, Chesapeake Energy & Whiting Petroleum, and California Resources Corp.

Clearly the pandemic is a major factor. From the uncharacteristically empty roads around Southern California, I can tell that I’m not the only one driving a whole lot less, thus spending much less time and money at the pump, not to mention less time (no time, really) dining out, going to the movies, or hopping a flight to . . . anywhere. But energy companies have also absorbed the recent fallout from a price war between top oil producers Russia and Saudi Arabia. You may recall the rather astonishing headlines that crude futures dropped below $0 in April for the first time in history.

So it’s possible that businesses in other, simpler sectors, including much smaller businesses – with debts of perhaps a few million dollars instead of hundreds of millions – may somehow be weathering the pandemic economy. But I don’t think so. I think we will soon compare Covid-related bankruptcies to a tsunami.  Right now we’re in the quiet period, when the water is rushing out to sea, swelling that tsunami wave. But shortly these economic conditions will produce a proverbial wall of bankruptcies. Why hasn’t this happened already?  I think there’s several reasons.

Government Stimulus Support
Government stimulus checks of up to $600/week beefed up standard unemployment benefits, giving individuals a way to keep up with their expenses, at least temporarily. That extra income ended July 31 and it remains unclear how much, if any, further financial assistance is on the way.

The Paycheck Protection Program, with its lenient repayment terms, helped a lot of businesses get through the spring and summer by providing them with funds to pay up to eight weeks of payroll costs, including benefits – a boon to employees, too, who might otherwise have been furloughed and possibly pushed toward declaring personal bankruptcy. PPP funds could also be used to pay interest on mortgages, rent, and utilities. The future of that assistance, too, is up in the air.

Tax Agencies and Courts Shuttered or Slowed Down
Meanwhile, tax debtors have enjoyed a short-term easing of financial pressure because most tax authorities – including the IRS, California’s Franchise Tax Board, the California Department of Tax and Fee Administration, and the Employment Development Department – have been hit with their own Covid-required internal slowdowns or shutdowns and are only now getting back up to speed. The postponement of the traditional April 15 tax-filing deadline to July 15 also bought taxpayers time. Financial pressure has been further eased by official frowning on foreclosures, and courts that have closed to creditors filing lawsuits to collect back rent, garnish wages and levy bank accounts.

Conditions Keeping Bankruptcies Low Have Just Changed
Since most of these policies and barriers to collection have been recently removed, I predict the tsunami-like surge in bankruptcy filings will hit by year’s end. Let me be clear: I don’t relish saying this. I don’t wish bankruptcy on anyone or on any business. But as I’ve said before, if you think there’s a chance you or your business may be headed in the direction of needing to file for bankruptcy – whether Chapter 7, 11, or 13 – it is best to consider your options sooner rather than later. The longer you wait, the more difficult (and expensive) the process is likely to be.

New Chapter 11 Bankruptcy Rules for Small Business Arrive Just in Time
Remember, too, that there is some good news in the recent changes that significantly streamlined and cut the costs of Chapter 11 proceedings, as I explained in a previous blog post and in the most recent issue of my Newsletter.

It’s almost as if Congress foresaw our current economic crisis in its crystal ball when it passed the Small Business Reorganization Act of 2019 – the biggest change in bankruptcy law since 2005. Chapter 11 was always intended to help struggling firms by reorganizing debts and giving those firms more time to pay creditors. But it was written for big corporations and never worked well for smaller firms, largely because it cost too much and took too long. A month after the agreed-upon changes took effect last February, lawmakers significantly expanded the act’s debt limit for small businesses as part of their Covid-related relief bills, raising the limit from total debts of $2.7 million to $7.5 million, making many more small businesses eligible for bankruptcy protection.

So while overall bankruptcy filings may be down, many small businesses are indeed taking advantage of the new Chapter 11 rules to try to get through the current recession, as indicated by the steadily rising number of Chapter 11 filings since April, according to ABI statistics.

Call me if your currently struggling to manage a growing debt burden. Let’s at least give you a sense of what your options might be.