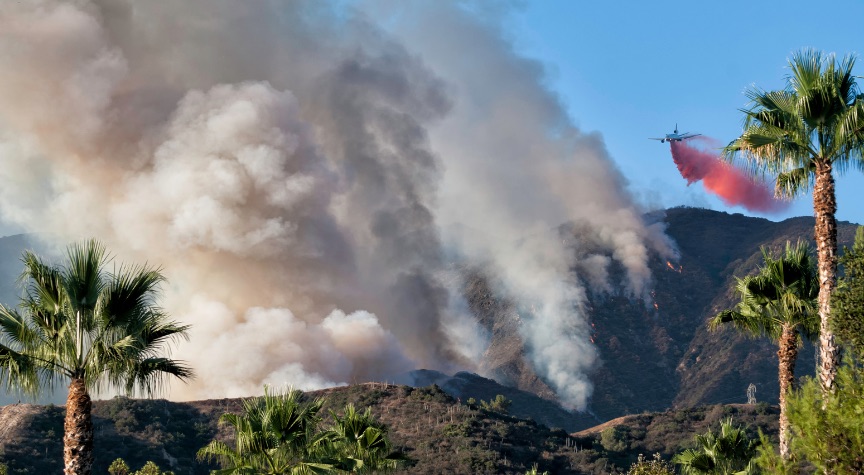 Living in semi-arid California, I’ve gotten used to seeing large columns of smoke on hot, windy days. Most recently, I could see the Springs Fire burning between Camarillo and Malibu from a distance, Fortunately, it did little damage to structures, and no one died.  This one was not caused by arson, but it sparked my curiosity: if authorities determined that someone was responsible for the fire, and fined him, could he discharge that fine in bankruptcy?

I am honestly a little surprised at the lack of hot air that has been expended on this topic elsewhere. At the risk of fanning controversy, I think that a careless arsonist would probably be able to discharge his debt relating to a wildfire.

Dischargeability of debt depends on its nature.  The bankruptcy code assumes that debts are dischargeable; a nondischargeable debt is the exception, not the rule. See here for details on bankruptcy procedure.

We saw the extreme in punishment for an act of wildfire arson in January this year: a state judge sentenced a methamphetamine addict to death for setting the Old Fire in San Bernardino County back in 2003.  That debt won’t be discharged by a bankruptcy; it will only be extinguished at the same time as the criminal’s life.

California does have provisions for fining arsonists: Cal. Penal Codes 452 and 456 prescribe a fine of up to $50,000 for arson, “unless a greater amount is provided by law.”  Where the arson is done for pecuniary gain, the court may impose a fine of up to twice the amount of the gain expected.  This would handle cases like the guy who made $80,000 renting equipment to the Forest Service to put out the fire he had paid $2,000 to have set (I’m betting that he wasn’t able to report the $2,000 as a business expense on his Schedule C, either). These fines are not dischargeable in bankruptcy: you can’t discharge a debt for a “fine, penalty, or forfeiture payable to and for the benefit of a governmental unit” 11 U.S.C. § 523(a)(7) that is not compensation for actual pecuniary loss.

But the big bucks in fire bills come from judgments for fire suppression.  Cal. Health and Safety Code 13009 provides for payment of the full amount of fire suppression by anyone who sets a fire, negligently or otherwise, or doesn’t clean up a fire hazard in a reasonable time. Huffington Post reports that the Springs Fire cost $10 million to fight. The state was awarded $7.6 million from a construction company in fire suppression costs for a 2002 fire in the Angeles National Forest.

These judgments are dischargeable in bankruptcy: the Health and Safety Code section says that they are to be treated as a contractual liability. They are for pecuniary losses, therefore not subject to the “governmental fines” exception to discharge.

Who knew?  Arsonists most likely can discharge fire fighting costs in bankruptcy.