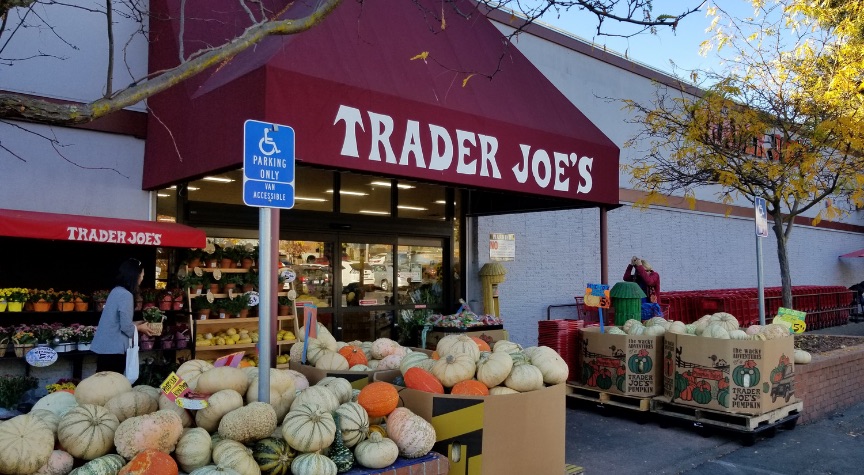 I have a bankruptcy client who had been a high-earning executive with an ad agency. But he lost his job, savings and even retirement nest egg in the real estate crash.  He now lives in a rental in the Valley, and no longer even owns a car.  Stretched beyond his means, his wages were being garnished because of a credit card judgment when he first came to see me.

When he came by my office the other day to sign his bankruptcy petition, I asked about his life.  He works at Trader Joe’s for $11.50 an hour.  I said I was always impressed at the workers at Trader Joe’s – many are tattooed, some of them look pretty rough, but they are invariably kind and helpful, and appear to be pretty competent. His eyes lit up.  “I just love working at Trader Joe’s,” he said.  He talked about his best friend at the store – a former marine in his 30s with tattoos up and down his arms. “I’d never have anything to do with him in any other situation, but we got along great and accomplished some pretty big jobs together,” he said. He said he would love to keep working at Trader Joe’s because it’s so much fun.  But people are starting to call him again for consulting on advertising projects, at much higher pay.  So he’s likely to leave Trader Joe’s soon, but he’ll miss it. I’ve spoken before about how bankruptcy is a form of redemption for many people. I think this client is in that group.

What does it take to be happy?  David Allen talks about a former Navy aircraft carrier captain who went to work at UPS as a delivery man, and a corporate CFO who became a duck at Disneyland.  All these people – my client, the former high-powered execs – found meaning in relatively low-level stress-free jobs.  I’m honored to know people like this, and humbled that I can help them out.

My calling isn’t nearly so stress-free, but I find great meaning in it as well.