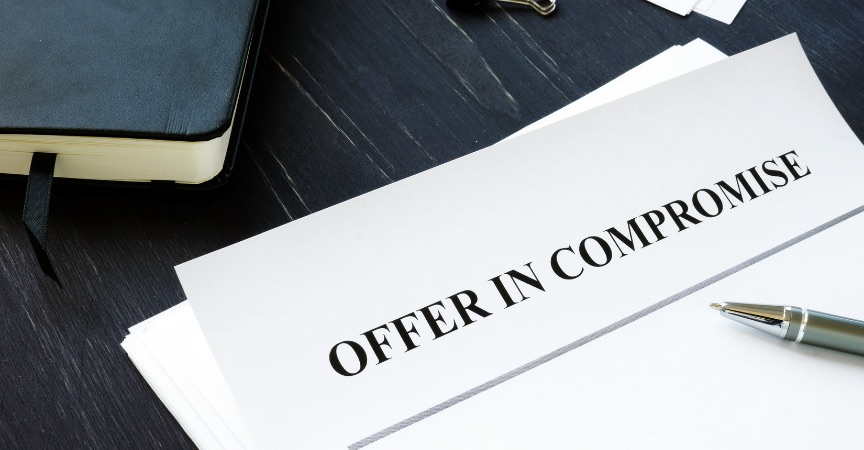 I don’t like offers in compromise as a way to get rid of tax debt.  The process is cumbersome, expensive, and arbitrary. There are better ways to deal with tax debt.  First, bankruptcy can get rid of a lot of back taxes, and usually leaves the debtor better off financially.  Second, installment agreements usually allow a taxpayer to live a pretty good life while meeting tax obligations. The IRS and FTB are particularly strict about living-expense budgets when considering an Offer in Compromise.  They want the taxpayer to be made uncomfortable in exchange for writing off some tax debt entirely.  However, they generally allow a higher standard of living to a delinquent taxpayer who does not seek to get rid of their debt, but rather pay if off with an installment agreement.

These scenarios reflect people with greater tax stigma than the run-of-the-mill delinquent taxpayer.  The tax authorities will be skeptical about allowing them to walk away from their tax liability. But if the taxpayer can prove current compliance with the law, and that the IRS will collect more from the offer than it could get using its full range of collection efforts, he or she may succeed in obtaining relief from a huge tax debt.

As a docket attorney at the IRS, I reviewed about 10,000 offers in compromise for legal sufficiency. They were heart-breaking tales of woe: people who suffered embezzlement, theft, cancer, heart attacks, people who had made good money and now faced a nonfunctional future.

I particularly recall one taxpayer, a former savings and loan president. He was taken down by the FBI in the 1980s Keating Five scandal, and faced 20 years in prison. The IRS went to work on his tax returns after reviewing the trial evidence. Its analysis resulted in an assessment of $500 million in taxes, fraud penalties, and interest. Given that he was 67 years old, and his prison job brought him 20 cents an hour, no one had any notion that he could ever pay off his tax liability.

He had a nephew who took some interest in him, visiting him in jail and corresponding with him. This nephew opened his checkbook and wrote a check for $500 to fund an offer in compromise. The IRS approved the offer, and I signed it as “legally sufficient.”

This the kind of taxpayer that gets an offer approved. In general, you don’t want to be that person, and usually, you don’t need to be this bad off to get some relief from tax liability. There are usually easier ways to deal with a tax debt.