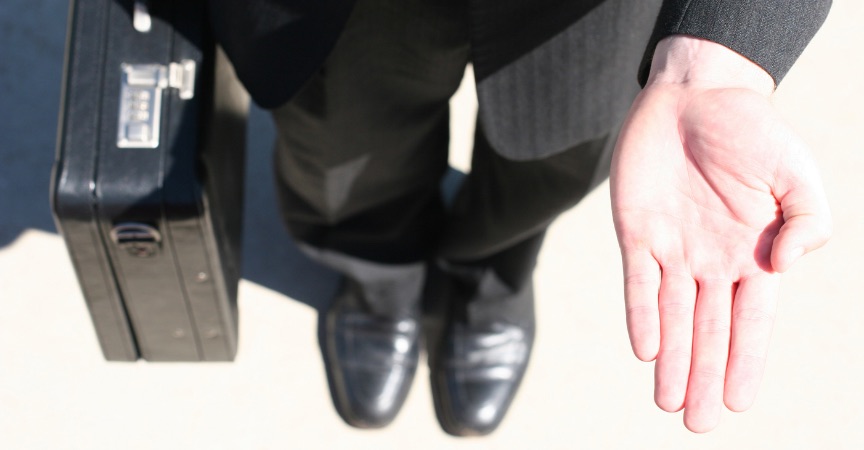 If you are having problems getting the IRS to understand you, please call me. I can probably help you. I say this because I understand how the IRS works, how its agents think, and the logic of taxation.

What is this “logic of taxation?” Nothing more than the observation that taxation is extortion, and that in tax law, the government usually wins.

Taxation is inherently unfair. It is an exercise of the government’s brute power: while at the IRS, I once shut up a tax protestor demanding to know why we had the right to extract taxes from citizens – he didn’t buy the argument that the Constitution allowed it, or that the law was fair because it was passed by Congress. “It’s because we’ve got bigger guns,” I said.

But it’s inherently not fair. Taxation is extortion: we citizens go to work, produce things, create wealth, earn money and property from the sweat of our brow. Then the government takes some of it without earning it. Oliver Wendell Holmes famously observed that taxes are the money we pay for civilization. If so, civilization rests on a highly uncivilized premise.

As a young lawyer, I used to walk into courtrooms and watch lawyers do their thing.

One day, I saw a trial involving extortion. A Vietnamese shopowner, clearly somewhat rattled, was testifying. He told about how the defendant, an Asian man sitting at the table across the room from him, walked into the shopowner’s new store about two weeks after it opened, just as he was closing for the night. The man demanded a payment of $500 a month to keep from making problems for the shopowner. The shopowner refused; the man pulled out a gun, shot it into the ceiling, and left. He came back a few days later seeking payment. The shopowner eventually started paying, but he also called the police; that’s why he was testifying. It was clear that the shop had folded long ago.

The Asian man was offering “protection” in exchange for money. Essentially, he was trying to tax the shopowner, and offering the same thing as our various governments do: pay us tax, and we won’t bother you. In fact, your life will be somewhat better. But don’t get the notion that the payment is voluntary: no, we will force it out of you.

Libertarians claim that all government is thuggery. I can’t really argue against that; all I can argue is that the government’s thuggery is preferable to the Tong’s thuggery, because we can (with luck) figure out how to predict how the government will react to us, and plan accordingly. Also, we have a chance to influence how the money is used. Just try to influence a Mafia Godfather’s decisions about what to do with the protection money his goons collect.

It’s an unfair system. A healthy person recognizes this and deals with it. Because I know how the system works, I can help people navigate it.