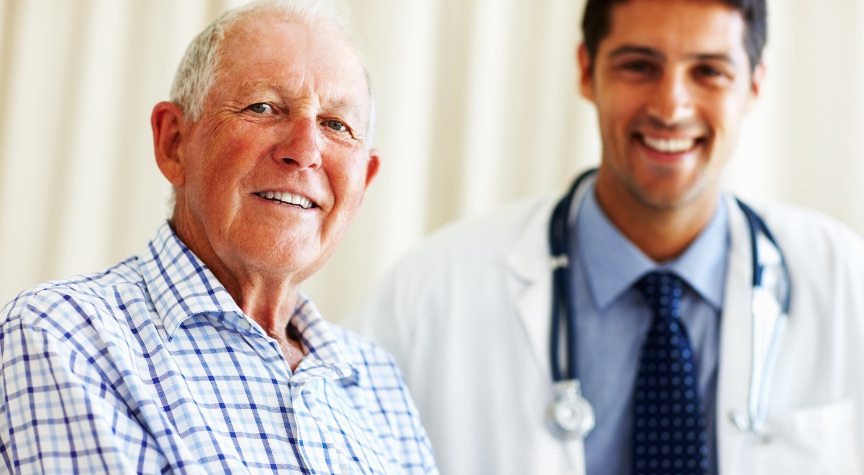 In the last three years, my wife and I have lost three of our four parents: two parents died of lung cancer, one of Parkinson’s Disease. In each case, I was struck by how little end of life guidance the medical community gave us. No one told us how to handle the final weeks of their lives. In fact, no one could even tell us we were in the final weeks of their lives. No one told us whether we should pursue further treatment, or let disease and age run its course. But I also came to greatly appreciate their relatively hands-off approach.

The most striking example of this was my 84-year-old father’s death. He lived with us. One Friday, we had dinner and he was very much alive, talking about politics, walking around. On Saturday, he collapsed. I brought him to the emergency room: he had been dehydrated, so the hospital rehydrated him and he was set to return home the next day.

But the next day, he lost his mind. Literally. He became a different person. My gentle dad railed at me that I had abandoned him in a train station to beg for his food, and how could I do that after all he had done for his family? When I visited him at the hospital, he thought he was in a car, even to the extent of looking out an imaginary windshield and moving invisible controls. He could no longer walk, because his Parkinson’s tremors had gotten so bad, and he was awake for 72 straight hours. Clearly his brain no longer functioned correctly.

The next day, the hospital called me: the nurses could no longer control him, he was trying to get out of bed every three minutes, no one could reason with him, tranquilizers weren’t working. I was told they didn’t have the resources to handle him. They gave me the option of calling extra nurses from a private-sector business, or staying with him until the next nursing shift. I couldn’t hire nurses at 2 am. After pacing my backyard, crying and yelling at the heavens, I brought him home to die. I showed up at the hospital at 3 am and announced that he was coming home with me now.

The nurses were stunned. No one had declared him “terminal.” I knew, however, that no one was going to tell me that there was something that could be done to bring my father back. The nurses called the doctor on site who asked why I wanted to take my father home to die. “The hospital can’t help him any more, and my job is just to make his last days as good as can be.” This was in front of my father, who was naked, mildly restrained, and appeared to be trying to complete a vivid and complicated chemistry experiment (he had been a research chemist for his working career, and even in his extreme dementia, intimidated the nurses with his intelligence). The doctor agreed, and made a point of telling me that I was doing the exact right thing, what he would have done in my shoes (although he had not volunteered this advice – he only confirmed my decision after I told him what it was). I brought my father home to round-the-clock hospice care, and he passed away peacefully exactly two weeks later.

When I told colleagues and friends about the response of the medical community to my dad’s situation, many were outraged: this is the problem with modern medicine, they said. Doctors are so afraid of litigation that they won’t tell you what to do; or they are so wedded to the “healing profession” that they won’t suggest ways to end the agony early. I did not share this outrage: the medical community showed me great respect in my father’s last days by not telling me what to do. They may be experts, but even doctors don’t always know what the best treatment will be or how much longer a patient has. And, under conditions of extreme uncertainty (which my certainly characterized my father’s condition), doctors shouldn’t be making end of life decisions. I think a lot of people are so distraught when confronted with the decline and death of loved one, that they want someone to step in and tell them what to do. But it’s my opinion that only family has the information and the right to make end of life decisions, no matter how brutally difficult making them is. I was able to care for my dad in his final weeks with neither regret for what I hadn’t done, nor anger at anyone else for their part in the drama.

How Does This Relate to How I Practice Law?

Like doctors, I deal with some very intimate parts of my clients’ lives. But those lives belong to the clients; they are not mine to run or control. I can make recommendations; I can give options; I can foresee consequences of specific courses of action. I greatly enjoy these functions, and I am gratified when I can chart a plan for a client and reach the intended result. But there are decisions that are so personal that I cannot make them for the client.

How Does This Relate to My Favorite Clients?

My favorite clients are the ones who understand that I cannot and should not make important financial decisions for them. They use me as an advisor and servant to formulate their goals and achieve them. Some clients seem to expect me to make their decisions, to step into their lives and make them better; that is a fool’s errand. I cannot live my clients’ lives for them, but I can make their lives better if they team up with me.