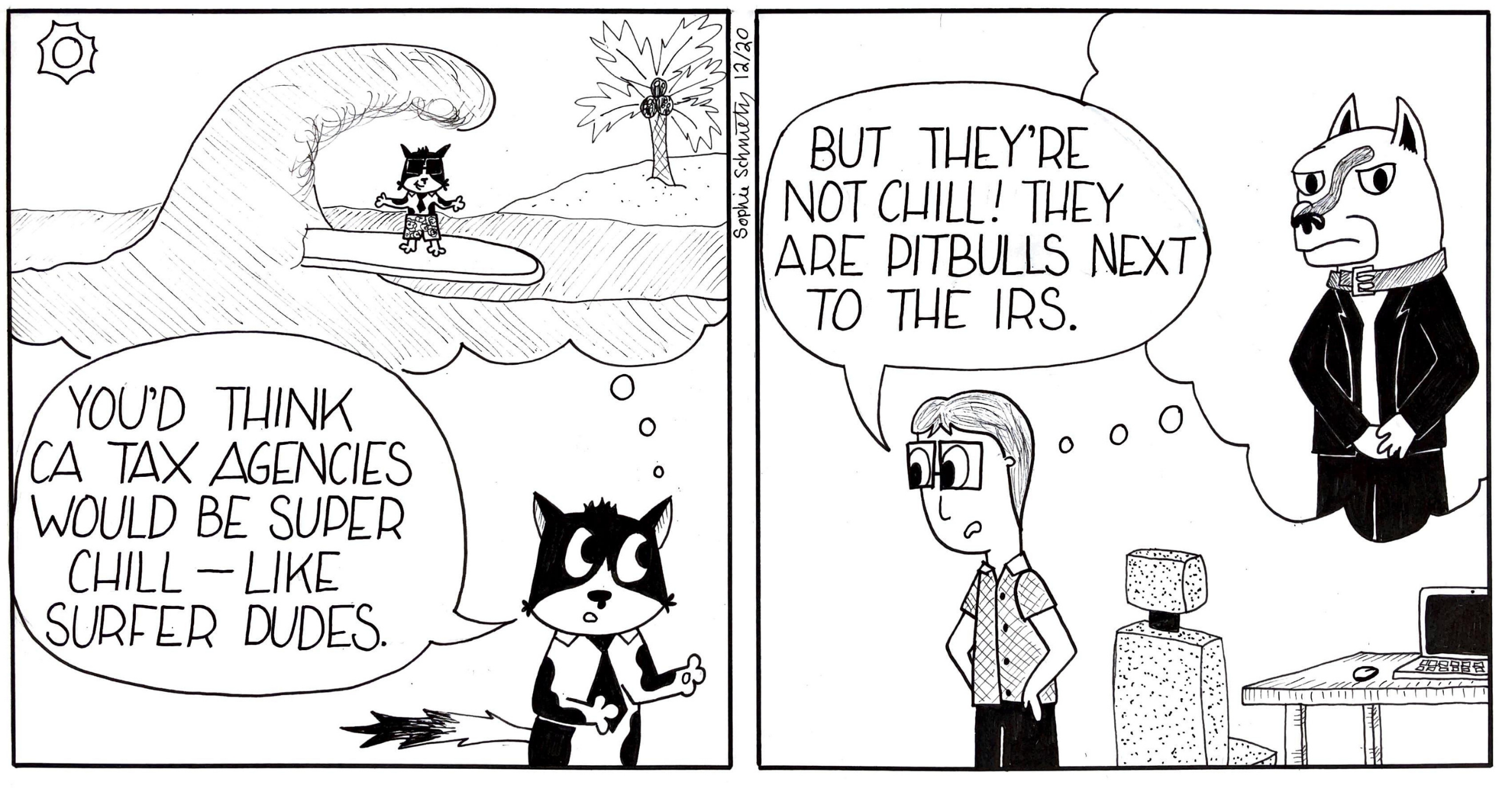 My website outlines the many ways in which the California tax agencies (Franchise Tax Board, CA Department of Tax & Fee Administration, Employment Development Division) are FAR harder to deal with, and aggressive in their tax collection attempts, than the IRS.

Here’s an example of how the Franchise Tax Board (responsible for the state’s income tax) reneges on, and changes, signed agreements willy-nilly. I set up an installment agreement with the FTB for a client. The FTB demanded $1,000 a month, which the client had been paying on his own already for a few months. The $1,000/month pays down his tax debt, and the FTB agrees not to levy on him, so long as he’s making the payments. We got the agreement, signed it, and sent it back to the FTB, expecting the formalized payments to start the following month – the amount of time it takes for the FTB to set up automatic withdrawals from the client’s account.

The signed agreement – which the FTB had agreed to – was back in their hands when I got a call from them. “We need him to make an immediate ‘good-faith’ payment of $1,000,” the FTB agent told me. Why hadn’t they mentioned this earlier? The response resembled a growl. My client can’t come up with $1,000 on the spot like that, which I told the FTB agent. We still don’t know if the inability to make this “good-faith” payment (ridiculous term since my client had been voluntarily repaying $1,000/months for close to half a year already) is a deal-breaker or not.

Is There Any Recourse When the FTB Changes Its Mind?

Can the FTB get away with reneging on an agreement, piling ever more demands upon the original settlement? Unfortunately, yes. My client can’t sue the FTB over breach of contract because he does owe back taxes to the FTB. They have the right to levy his accounts and attach liens on all his property. In their minds, they’re playing nice by “only” switching positions and reneging on agreements.

Why the IRS Would Not Do What the FTB Did

But it is an example of the FTB overreaching in its attempts to collect everything it’s owed. IRS would have never asked for that payment because it’s simply not as greedy as the FTB. After all, the Treasury Department can always print more money. California needs tax revenue in real time to fund its many state programs and obligations (see the California Tax Authority page for more discussion).

If you don’t have the stomach to deal with this kind of hassle, call me. I’m not personally outraged by experiences like this because I see them all time. Sometimes not reacting emotionally (as my client has every right to), means getting a better outcome.