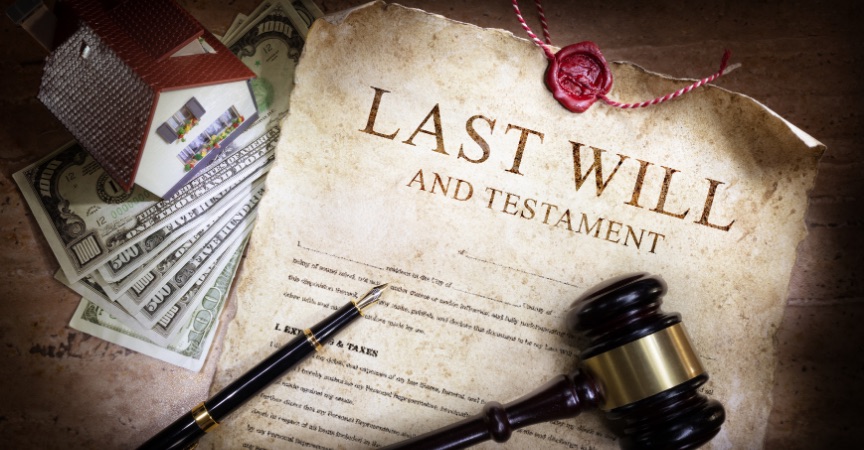 It’s horrible to have a loved one die. But sometimes the death comes with a silver lining in the form of an inheritance. However, for someone with lots of debt who’s considering bankruptcy, an inheritance is a mixed blessing. It’s money that their creditors want, and are legally entitled to take.

Role of the Trustee in Bankruptcy

In a Chapter 7 bankruptcy, everything you own and owe is legally transferred to a bankruptcy Trustee, who can then use your assets to pay your debts. If you have more debts than assets, then those debts are (usually) “discharged” or wiped out (there are exceptions for some debts, which is part of why bankruptcy law is specific and complicated). Debtors in California are allowed to keep either (1) $300,000-600,000 of equity in their primary residence, or (2) approximately $28,000 in property and assets they choose. You can find more details here.

“Creditors” include the Trustee in a bankruptcy. Under the bankruptcy code, any inheritance received within six months of the bankruptcy petition filing belongs to the bankruptcy estate, even if it takes years for litigation over the estate to be resolved, and the money to actually land in the account of the inheritor. And, yes, the Trustee can and will take that inheritance (in excess of the $28,000 in assets debtors are entitled to keep), and use it to repay the debtor’s creditors.

“Receiving” an inheritance doesn’t mean that the money has landed in the bank. It means that the heir’s right to the money has been triggered by the relative’s death. Which means that, in practical terms, the Trustee can claw back an inheritance “received” more in the past than just 6 months ago. For example, Aunt Iona’s bequest may be tied up in years of litigation, but it actually belongs to the Trustee even though it’s not in the debtor’s bank account yet.

This is also why I always ask clients considering bankruptcy whether they have a relative likely to die soon. If there is an 86-year-old mother in good health with a paid-off house, I’ll try to find some other solution to the debtor’s financial issues. There is too much chance that we will file a bankruptcy petition, only to see the mother take a sudden turn and pass away within six months of the petition. If she does, the Trustee owns my debtor’s inherited interest in her house.

What to Do if Inheritance Issues Rule Out Bankruptcy?

So what can people expecting an inheritance but desiring bankruptcy do? My advice is to wait for the money to come in, spend it in reasonable ways (expenses a bankruptcy Trustee cannot legally claw back) until the debtor has under $28,000 in liquid assets, and then file bankruptcy.

“Reasonable ways” to spend the money consist primarily of living expenses. A cruise to Ensenada or other luxury/non-essential expenses look bad because the debtor was living high while stiffing their creditors. However, the debtor also has to live, so the bankruptcy Trustee won’t object to grocery receipts, mortgage payments (even several months in advance), and any normal and necessary living expenses.

In addition to normal living expenses, retirement accounts are an excellent place to put inheritance money to keep it safe from the Trustee. Why? The retirement funds you have in 401k accounts are safe from the bankruptcy Trustee – no matter how much is in them. Yes, you read that correctly. You do not have to spend down retirement accounts in order to declare bankruptcy, nor can a bankruptcy Trustee touch what’s in 401k accounts to pay your debts. However, the funds in IRA accounts are treated a little differently. You are allowed to keep the first $1.3 million in IRAs in most cases. What’s the reasoning behind this? When writing our bankruptcy laws, Congress did not want to jeopardize people’s ability to take care of themselves as seniors and thus wrote the laws to protect retirement savings.

Finally, state tuition savings accounts for your kids (529 plans) are another good place to put money, but the contribution must sit for at least a year to protect $6,425 of it; after two years, the contribution is entirely exempt from bankruptcy.

Inheritances often come with emotional baggage, fighting siblings, mixed feelings about the parent, and other difficulties. I need to know about these issues not to gossip (I can’t gossip, because legal ethics prevent me from doing so) or to judge, but to give the best advice I can. So, if I end up needing to ask you questions you might find painful to answer, please don’t take it personally – I just want to protect your financial future.