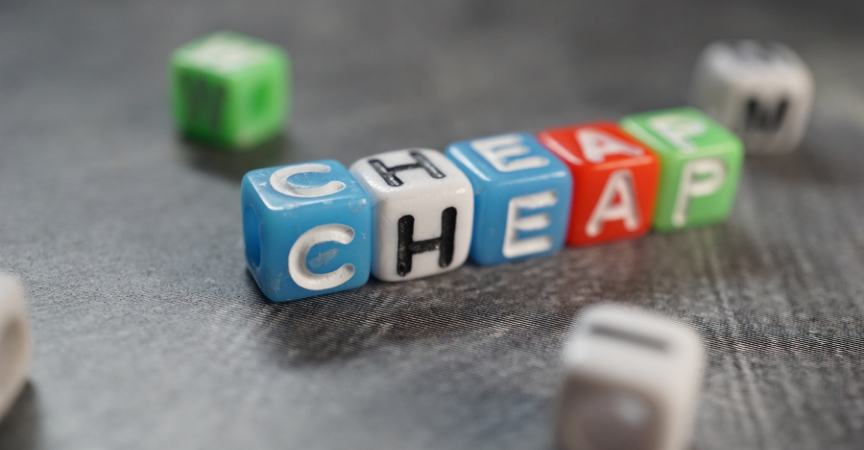 The Three Common Problems with Low-Cost Bankruptcy Attorneys
There are lots of bankruptcy attorneys out there.  Many of them are downright cheap, charging less than $1,000.  I routinely charge three to four times more.  How could hiring an “expensive” attorney ever make sense?  Remember that old saying: “you get what you pay for?”  It’s true.  Inexpensive bankruptcy attorneys have three things in common: 1. they don’t spend time with their clients (their paralegals do); 2. their paralegals don’t know bankruptcy law very well and fail to ask critically important questions about asset classes and valuations; and 3. neither attorney nor paralegal can afford to spend much time with the client, to ask the necessary questions, provided they even know which ones to ask.

A Story of A Client Who First Hired A Low-Cost Bankruptcy Attorney, Then Came to Me
Patrick had a child with a girlfriend, broke up with her, then married another woman after a paternity suit started. He brought his child to the wedding. Problem was, he forged documents to get the child a passport and take her out of the country. The family court didn’t like this, and put him in jail for a few nights – contempt of court. Patrick accepted the punishment and freely states he did wrong.

One of the girlfriend’s attorneys (“Delia”) went nuts on him, however. Litigation over the child’s custody and education spun out of control. Patrick incurred hundreds of thousands of dollars in attorney fees over a few short years, and decided to file bankruptcy. His family law attorneys were top-notch, and cost accordingly. Patrick understood that he should not skimp in hiring legal help when his child’s welfare was at stake. As his legal costs mounted, he could no longer pay other bills, so he turned to bankruptcy. Patrick figured bankruptcy is a commodity legal product, and found an LA attorney who’d do it for $810.

One Meeting with the Attorney; Bankruptcy Petition Full of Errors that were Challenged
Patrick met with the actual attorney only once: to be sold and signed up.  Thereafter, he met only with the attorney’s paralegal and couldn’t even get the attorney on the phone.  At the crucial Meeting of Creditors, a substitute attorney showed up — someone with no knowledge of Patrick’s case.  Patrick’s bankruptcy was full of errors and omissions: the paralegal failed to ask him about some classes of assets, so they weren’t on the petition. This may not have become a problem, except for Delia, the gonzo family law attorney on the other side, who ran up the bills so high. Patrick owed her fees , so Delia was a creditor in his bankruptcy. Delia filed a lawsuit against Patrick in bankruptcy court, pouncing on the mistakes in the petition as evidence that Patrick should be denied a discharge of his debts through bankruptcy.

Patrick was lucky in one way. The mistakes in his petition could be corrected. I have seen other debtors show up in court and answer questions from the trustee that the $800 lawyer never asked. The result can be that the trustee finds an asset that he can seize and sell; a good attorney would ask about these assets and either advise the client not to file just yet, or go ahead and file and expect the trustee to take the asset.

Low-Cost Attorney Ended Up Costing More Than Simply Hiring Me from the Start
Patrick hired me to defend against Delia. His $800 lawyer would not have the time or inclination to help him in a courtroom battle in Santa Barbara: he works on volume. Had Patrick hired me from the beginning, his petition would have been accurate and Delia couldn’t have challenged it.  I take the time to interview my clients thoroughly about all their assets. I know bankruptcy law inside and out, having practiced it for decades and earned a rare certification in it from the California Bar Association.  Patrick speaks to my paralegal occasionally — when scheduling a meeting with me or to ask a quick clerical question.  My paralegal is great, but she’s not an attorney and she doesn’t have my level of experience, so she often doesn’t know when a fact can become a problem, or even which questions to ask.  Experience, expertise and attention matter.  And they take time and that costs money.  Ironically, Patrick would have spent less if he had just hired me to begin with, rather than the “cheap” bankruptcy attorney.  He freely admits that no matter how poor he felt, “saving” money by cutting corners on bankruptcy representation was a bad idea.