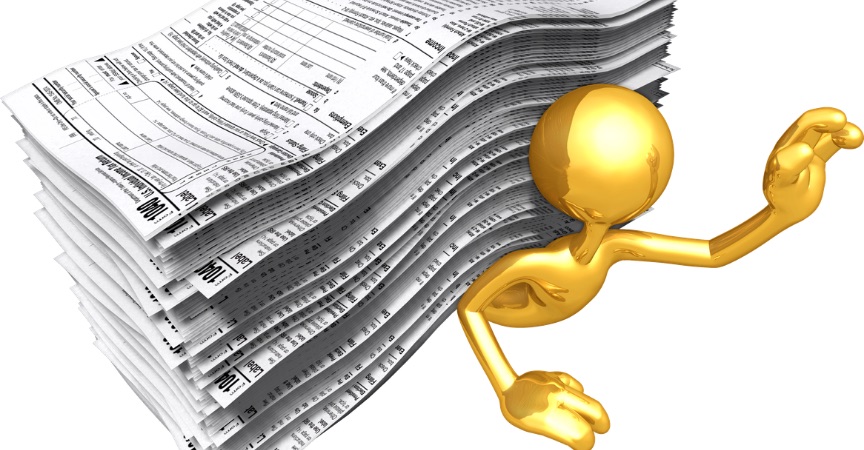 What’s a tax lien? A tax levy?  The short answer: it’s how the IRS forces non-taxpayers to become taxpayers. What’s the difference between them?

Ten days after sending a request for payment, the IRS acquires a lien against all of the delinquent taxpayer’s assets. IRC § 6321. A lien is a legal claim tied to an asset. The lien means that not only I, but my car/house/bank account, also owes the tax. I cannot legally sell the asset without paying the tax: any money the asset generates belongs to the government.

Because this lien isn’t yet publicized, it’s called a “silent lien.” No one knows of the lien except the taxpayer and the IRS. And even the taxpayer often doesn’t realize that the lien exists because the IRS is not obligated to notify the taxpayer.

Here’s an example: Mark files his tax return showing he owes $100,000, which he doesn’t pay. Six weeks later the IRS sends a letter asking for payment. According to the statute, the lien arises against all his property after he “neglects or refuses to pay” the tax; the demand letter usually gives 10 days to pay, so the lien comes into effect 10 days after the demand letter is sent.

Mark owns a Mercedes Benz he sells for $50,000. No IRS agent knows of the transaction; the purchaser has no idea that there is a tax lien on the car; the DMV has no record of the lien. When Mark pockets the $50,000, rather than paying it over to the IRS, he is violating the law – the proceeds belong to the IRS. Because there is no notice of the lien, no one else (purchaser, DMV, etc.) has any liability here. Because it has so many other ways to enforce collection, the IRS doesn’t really care immediately whether Mark violates the law by using the proceeds. The silent lien is an abstraction, almost a theological idea.

Eventually, however, the IRS will file a Notice of Federal Tax Lien with the county recorder. This filing announces to the world that Mark owes taxes. Aside from tying up his assets, it will cause problems: his credit score will plummet, and he may have trouble renting another apartment if he does not own a house. If he does own a house, the notice will show up on a title search, and he will be unable to sell the house without paying off his tax liability at the closing. If the house somehow sells without a payoff to the IRS (because title insurance companies sometimes miss the recording when researching title), the lien will stay with the house even though someone else now owns it. (This is why home buyers need title insurance).   A notice of federal tax lien is a relatively passive way for the IRS to collect its taxes. The lien can stay in place for years without disrupting the taxpayer’s life. A levy is much more disruptive.

A levy is a forcible removal of an asset to pay a tax debt. The most common is a bank levy: when the IRS serves a bank levy, all the money held in the taxpayer’s accounts is frozen and paid over to the IRS after 20 days. Other levies include wage garnishment (the IRS, unlike a private creditor, may levy up to 85 percent of a taxpayer’s paycheck), foreclosure on a house (exceedingly rare), and seizure of assets (again, fairly rare).

Levies are hugely disruptive, and the IRS only serves one after the taxpayer ignores his liability for months, if not years. In usual practice, the IRS understands a levy as a tool to get the taxpayer to pay attention more than as a way of collecting taxes. If it seizes money from a bank account, the taxpayer is likely to turn to dealing in cash, and the IRS won’t be able to get more money. If the IRS seizes and sells a house or a car, it is unlikely to get paid full value for that asset, and the exercise may cost more in staff time than the government recovers in sales proceeds. The usefulness of this enforced collection action is in its terror-producing potential rather than the actual financial benefit to the IRS. Read more about liens and levies here.

So we can see that the difference between a lien and a levy is that the lien is a passive way for the IRS to wait around to get paid, whereas the levy represents IRS action to get paid immediately.