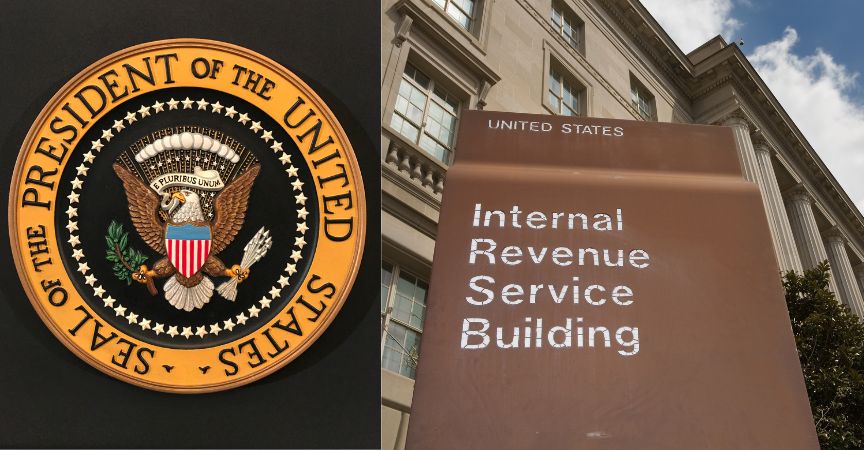 As I sit in my Westlake Village tax law office, I’m contemplating the remarkable story that broke this week about the IRS failing to audit former President Trump during the first two years of his Presidency, despite the fact that the agency has routinely audited all other, past Presidents and current President Biden. The failure to audit Trump came to light in a House Ways & Means Committee report, which is the oversight committee for the IRS, released earlier this week.

Some background: since the Nixon/Watergate era, the IRS has had an internal procedure that it automatically initiates audits of all sitting Presidents. Until Trump took office, it did so. In response, the House passed legislation yesterday turning this norm into law. Congress is now mandating that IRS perform Presidential audits in the future (unless the Senate fails to pass the measure, which is unlikely).

IRS Presidential Audits are NOT a Mandate

The news coverage this week suggests the IRS has a mandate to conduct Presidential audits. It does not. There is nothing on IRS Presidential audits in the US Code, or the Code of Federal Regulations (rules that agencies create to order the public’s lives that don’t need congressional approval). Indeed, the “requirement” to audit every Presidential tax return shows up only in the IRM, the IRS’s internal procedures manual. This manual is available online, and it’s a good thing, because we want governmental transparency. This is how the IRS works. Or perhaps more accurately, it’s aspirational – it’s how the IRS wants to work. If IRS violates something in the IRM, however, that violation creates no right for anyone else. It’s just a missed target, the IRS not meeting its own expectations. The IRS can change the IRM at the stroke of a pen. Too late for that, though: the House Ways & Means committee just signed that legislation which will turn the IRS’s norm into a mandate.

Why Did the IRS Fail to Audit Trump?

I see the IRS’s failure to audit Trump, despite having audited previous Presidents, as a lack of bureaucratic courage. Let’s face it, Trump is formidable political foe and the IRS knew Trump didn’t want them near his taxes. We all knew this. And we now know why: Trump’s tax returns are full of aggressive, if not out-right illegal, accounting and interpretations of US tax law.

IRS Bureaucrats Wanted Nothing to Do with Politicized Trump Audit

There likely is a bit of an institutional memory at the IRS about the Scientology tax-exempt status resolution. Scientology waged a scorched-earth war against the IRS to win this issue. Donald Trump, with his cries of “witch hunt” and claims of the “deep state” politicising everything, probably looks a lot like Scientology to an IRS bureaucrat. I think everyone at the IRS, starting with the Commissioner, wanted to have nothing to do with the Trump mandatory audits. No one wanted to be the IRS’s Andrew McCabe, so it didn’t get done.  Ironically, then, in an effort to avoid charges of being “political,” the IRS ends up looking highly political.
If my hunch is correct, then Congress is doing the absolutely right thing by legislatively mandating Presidential audits in the future.
December 23, 2022
(Happy Holidays, Everyone!)