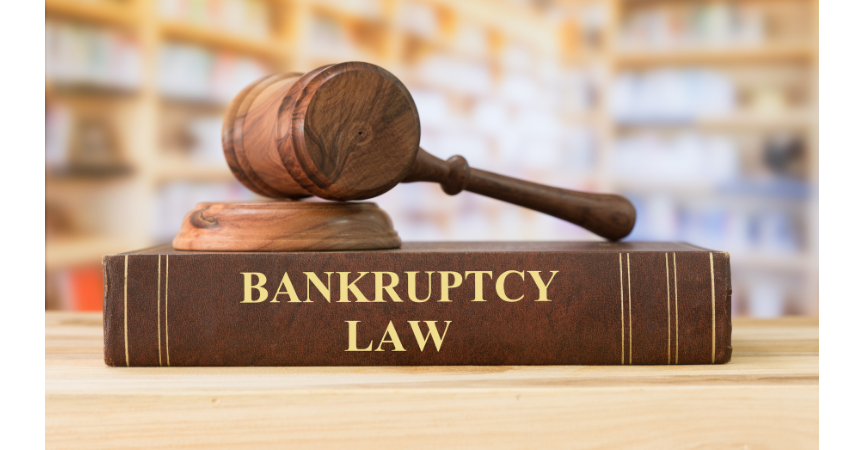 Bankruptcy Defined
The word “bankruptcy” comes from the Italian words for broken bench — banca rotta. In the middle ages, a failing craftsman would bring his work bench to an authority in the town square, who would break it and in so doing, relieve the craftsman of his debts. Bankruptcy is more modern-looking today.

Bankruptcy is a legal process that allows someone owing lots of money to get rid of that debt. It involves a court order – an injunction – that forbids creditors from pressuring debtors to pay what they owe. This court order comes at a cost, though. The basic transaction is this: the debtor walks up to a table, empties his pockets onto the table, and walks away neither owing nor owning anything (with the exception of either $28,000 in assets or up to $100,000 in equity in a primary home).  The process depends on the debtor carrying out his end of the bargain. He gives up everything, and in return, he carries no further burden.

Role of Bankruptcy Trustee
On the other side of the table sits a Trustee, a private-sector professional deputized by the federal government to verify the debtor’s finances and dispose of the debtor’s assets. Did the debtor actually turn out his pockets all the way – did he declare everything he owns and turn over control to the Trustee? Is the debtor cooperating with the Trustee’s requests such as for all bank account statements? Does the debtor own anything worth selling? Is the debtor’s property exempt under state and federal law, and therefore needs to be returned to him? These are all questions that the Trustee asks and answers by his actions in the case.

The Mechanics of Bankruptcy
A person declares bankruptcy by uploading a petition (usually via their attorney) to the U.S. Bankruptcy Court’s website. The petition contains everything about the person’s finances: what debts they owe and to whom; what they own and its value; what they’ve earned in the past three years; whether they own a business and with whom; what their monthly expenses are; if they’re party to a lawsuit; how many children they have; whether they have retirement savings; what insurance policies they hold, and so on.  Once filed, the petition is a nationwide injunction – called an automatic stay – against all creditors from trying to collect almost any debt owed by the debtor.  Student loans and fraud judgements are the common exceptions.  The petition is also a public document. Anyone who wants to see the information in it can do so.

Approximately 4-6 weeks after a petition is filed, there is a 341 Hearing, also known as a Meeting of Creditors.  Any creditor objecting to the debtor using bankruptcy to get rid of debts can show up to this meeting, and make their objections known to the bankruptcy Trustee.  This happens infrequently in personal bankruptcies.  The creditors in these bankruptcies are usually credit card companies and doctors, none of whom will take the time to show up to a 341 hearing to object to what is a small amount to them.  Having debt erased with bankruptcy is routine cost of business for credit card companies.  During the hearing, the Trustee will examine the petitions of several dozen creditors, usually questioning each petitioner from 5-15 minutes on specifics items in their petition.  The attorney who prepared and filed the petition typically attends the 341 hearing with the debtor.

In the simplest bankruptcies, the Trustee completes the investigation quickly after the 341 ends, no creditors object, and the debtor is issued a discharge within about four months of filing. The discharge is another injunction that permanently prevents collection of the debts that arose before the bankruptcy petition date. The automatic stay dissolves when the discharge is issued.

Discharge of Debt
Discharge of debts is almost always the main goal of a bankruptcy. Very occasionally, a debtor may file bankruptcy without wanting a discharge. In a chapter 13 case, for instance, the debtor enjoys the automatic stay for five years so long as he pays his disposable income (the difference between his income and his court-allowed expenses) to the trustee every month. I have seen a debtor who owed a $1 million fraud judgment file successive chapter 13 cases; he could not get rid of the judgment in bankruptcy, and he was never going to pay it off in his lifetime, but he could get the court to protect him from the legal tactics that his very angry creditor was bringing.

Janis Joplin said that “freedom’s just another word for nothing left to lose.” My clients tell me that bankruptcy gives them a great sense of relief and, yes, freedom.